In evolutionary history, reptiles were the first vertebrate animals to conquer the terrestrial environment.

Get to know the main characteristics of the reptile group:

The body of reptiles is formed by head, neck, trunk and tail.

They have two pairs of locomotor limbs, each with five fingers finished in claws and legs reduced in some lizards but absent in others, like snakes.

They can be crawling animals or swimmers, like sea turtles that have oar-shaped legs.

The skin is dry and resistant, covered with scales of epidermal origin, which makes it keratinised and practically impermeable.

However, some animals, such as turtles and jabutis, may also have bone plates of dermal origin.

This condition limits the location of their habitats to the tropics and subtropics of the planet, where temperatures favour their metabolism. That is why we do not find reptiles in Antarctica.

Most reptiles are oviparous. Only a few snakes and lizards are ovoviviparous.

They have internal fecundation, where the male introduces the sperm into the body of the female.

The development of the embryo takes place inside the eggs, which are coated with corneal or calcareous shells.

This characteristic protects the embryo from desiccation, important for the conquest of the terrestrial environment.

The egg has the following embryonic attachments: amnion, corium, yolk sac and allantoid.

When the chicks are born they resemble adults, because the development is direct.

The digestive system is complete. They have mouth, pharynx, esophagus, stomach, intestine and cloaca. In addition, they have liver and pancreas.

Most reptiles are carnivores. A few species are herbivorous and omnivorous.

Some reptiles, such as caimans and matamatá, are predatory animals and occupy the top of the food chain.

The circulation is closed, double and complete.

The olfactory organ of reptiles allows them to taste and smell and most reptiles are able to hear sounds.

Vision is not privileged, but the eyes have eyelids and nictitating membrane to protect them when submerged.

When they are on land, they are hydrated by tear glands, hence the expression "crocodile tears", as those animals "cry" frequently.

Snakes have the loreal fosseta, a hole between the eye and the nostril with a thermoreception function.

There are more than 7000 known species, subdivided into four orders: Crocodilians represent the majority of reptiles that exist today.
The main characteristics of crocodilians are: 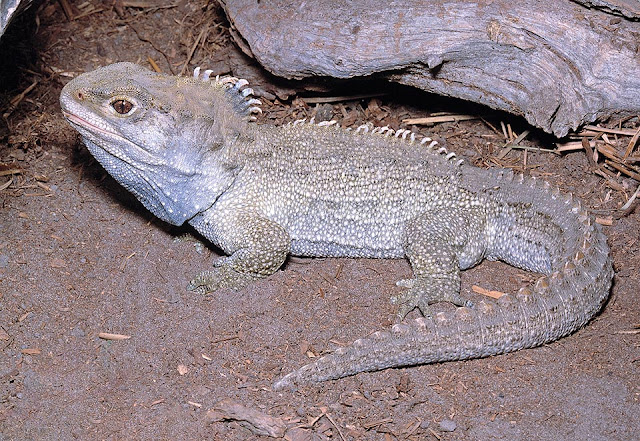 The order Rhynchocephalia is the most primitive reptile group. Therefore, the tuataras are the only living representatives of the order. They are found in New Zealand and can inhabit cold environments.
They are carnivorous animals, their teeth are fused to the jaw. Tuatars can be up to 100 years old. 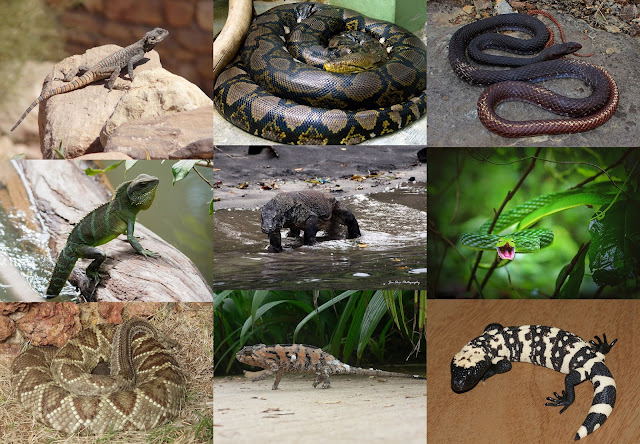 Also known as scales, because they have a body covered with scales. They are represented by snakes and lizards.
The main characteristics of the Squamata order are: 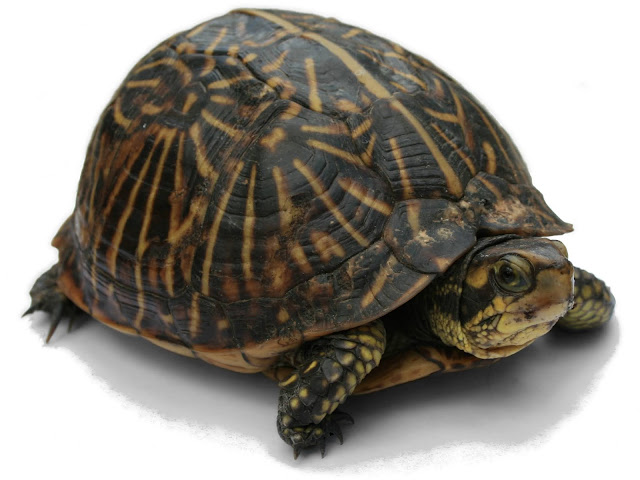 Also called chelonians, they are represented by turtles, turtles and jabutis. Turtles live in fresh and salt water environments. Turtles are found in fresh water and jabutis on dry land.
The main characteristics of turtles are: