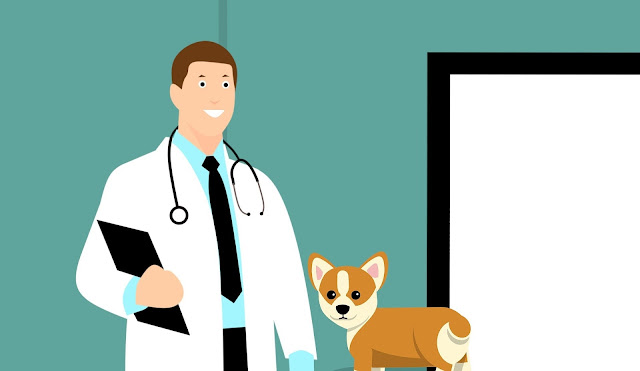 Veterinary medicine (from Latin mederi, "to know the best way, to cure, to treat"; and veterinarius, "being a veterinarian" of origin in Latin. In ancient Rome, the animals used in the army that became very old were collected to a place where they could enjoy and rest. The people who took care of these animals were called Veterinarii, which was a derivative of the word vetus, "old, old". Because of this, the profession of caring for animals came to be called this way.) It is one of the many areas of knowledge linked to the maintenance and restoration of health. It works, in a broad sense, with the prevention and cure of diseases of other species (domestic and wild) and humans in a medical context. Being the area of action of the animal health professional / public formed in a Faculty of Veterinary Medicine.

Veterinary medicine is the medical science dedicated to the prevention, control, eradication and treatment of diseases, trauma or any other animal health problem, in addition to the control of the health of products and by-products of animal origin for human consumption. It also seeks to ensure the quality, quantity and safety of food stocks of animal origin through the control of animal health and the processes aimed at obtaining their products.

Occupying himself with animal health, preventing, diagnosing and curing diseases, which requires detailed knowledge of academic disciplines (such as anatomy and physiology) behind diseases and treatment - the science of medicine - and also competence in its applied practice - the art of medicine.

Both the role of the doctor and the meaning of the word vary significantly around the world, but as a general understanding, medical ethics require doctors to show consideration, compassion and benevolence towards their animal patients.

The veterinarian is an omnipotent multidisciplinary doctor, capable of providing classical medicine, surgery and emergencies.

He is, at the same time, an anesthesiologist, doctor, surgeon, radiologist, dentist, oncologist, etc.

The veterinarian is able to treat all animals, with hair, scales or feathers. He is then, in turn, the doctor of a cow, a chicken, a dog or an elephant. Veterinarian of a city, country or zoo, he can have several limits.

Veterinary medicine is the "art of animal healing". However, this branch of medicine is constantly dynamic, both in terms of research and scientific advancement, and in terms of disease control and eradication.
The concept of traditional medicine refers to practices, approaches and knowledge, --- incorporating material and spiritual concepts ---, manual techniques and exercises, applied individually or in combination, to individuals or collectivities, in order to treat, diagnose and prevent disease, or to maintain well-being.
The current practice of medicine uses in its favor knowledge obtained by various sciences, for example, biology, chemistry, physics, microbiology, epidemiology, anatomy, physiology, etc. In fact, it is a matter of various connections of health-related sciences. In a restricted concept, Veterinary Medicine seeks public and human animal health through studies, diagnostics and treatments, and in the broader concept, to alleviate suffering and maintain global welfare. In general, Veterinary Medicine encompasses the fields of Veterinary Medicine, Surgery, Gynecology and Obstetrics and Public Health.

Veterinary medicine is as old as the connection that humans have made with animals. The veterinary ars was registered in the Papyrus of Kahoun, about 4000 B.C.. The codes Eshn Unna (1900 B.C.) and Hamurabi (c. 1700 B.C.) in Babylon bring references to the payment and duties of animal doctors.
The foundation of the first schools of veterinary medicine in the West is considered the landmark of the profession, the professionals who dedicate themselves to it have received various names throughout history, for example, in Ancient Greece, the profession, then called hypiatric, dates from the sixth century B.C.; already in Rome some treaties have been dedicated to animal diseases, such as those of Cato the Elder and Columela.
Labels: eng_uk veterinary