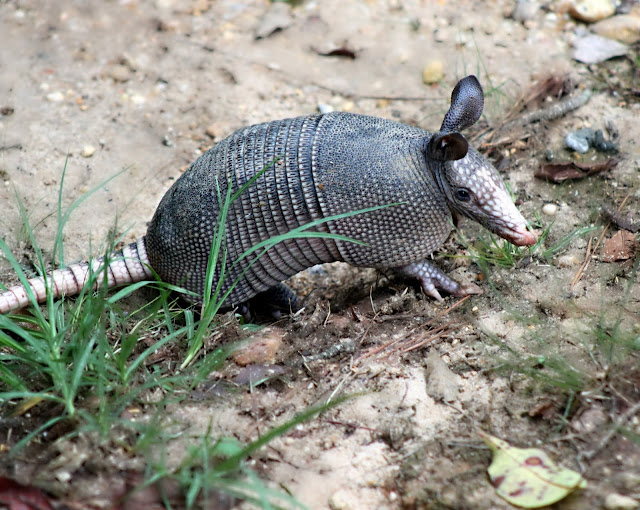 The armadillo is a very curious mammal with a very distinctive shape. Every time we hear the word armadillo, we picture a small animal with a carapace, large nails, burrowing, and short. Armadillos are members of the order Cingulata, from the Latin cingulum, which means "girdled. This term refers to the "girdles" that are the folds in the armadillos' carapace. The name armadillo comes from the Tupi ta'tu, whose etymological roots ta = shell and tu = full-bodied, i.e., a full-bodied animal with a shell.

Armadillos belong to the Xenarthra lineage, which was the only lineage of placental mammals that emerged in South America, i.e., armadillos have been Latin American since their first lineages appeared on Planet Earth.

One of the ancestors of armadillos, the gliptodon could reach sizes larger than a small car. 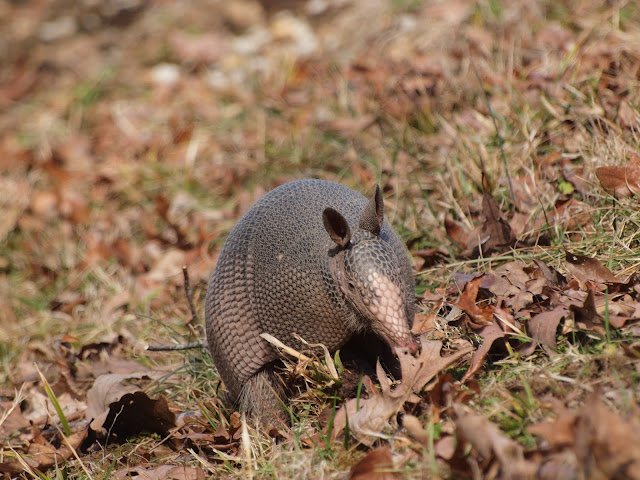 Thus, armadillos occur in South America, Central America, and only one species, the armadillo (Dasypus novemcinctus), occurs in North America, and not because this is its original distribution, but because over time the species has dispersed and reached this territory. Tattoos have basically the same structural plan. The limbs are short and strong, with large claws on the extremities adapted for digging, the thorax and abdomen are stout and stubby, and the head is small. The ears can be large, in the case of the armadillos of the genus Dasypus and Cabassous, or small, in the case of the genera Euphractus, Tolypeutes, and Priodontes. The back is protected by a carapace formed by overlapping dermal scales, which are very rigid, giving the armadillos protection from predators and from the substrate when they are digging. 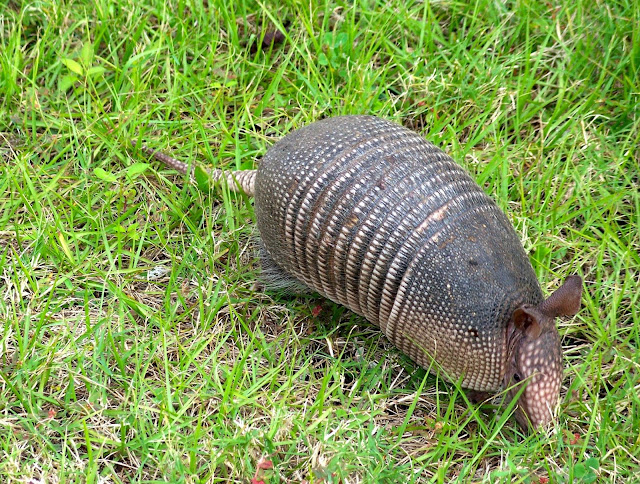 Armadillos are carnivores, meaning that they feed on other animals. Most species feed only on invertebrates such as insects, worms, and small arachnids; however, some species, such as the European armadillo (Euphractus sexcinctus), may feed on small vertebrates such as amphibians and rodents. Turkey armadillos have even been seen feeding on carcasses, which is why they are also called graveyard armadillos.

There are currently 21 species of armadillo, and 11 species occur in Brazil alone, and despite having the same body plan, stubby and carcass-like, there are many characteristics particular to each species. The best known species in Brazil are:

Tatu-galinha (Dasypus novemcinctus): A very common species and characterized by its thinned skull and long ears. Its average weight is 3.6 kg.

Armadillo (Priodontes maximus): the largest armadillo in the world. Unmistakable by its size, its burrows can fit an adult person inside. The average weight is around 30 kg, but there are records of specimens that have reached 60 kg.

Ball Tattoos (Tolypeutes tricinctus and Tolypeutes matacus): The famous ball armadillos. They are small species, but they have a very interesting behavior. In imminent danger they curl up into perfect spheres, thus being completely protected inside two shells. The average weight of the ball-attack species is around 1 to 1.5 kg.

Of all the existing armadillo species, 19% are considered to be in a vulnerable state of conservation. The biggest threats to armadillos are hunting and deforestation. Historically, armadillos have been hunted by human populations for their meat. In addition, some communities believe that their shells have a medicinal function, extracting them to make medicines. The fact is that armadillos play an important ecological role in the cycling of nutrients by turning the soil with their excavations, so removing the armadillos would cause a major ecological problem due to the decrease in the absorption of nutrients by the soil.