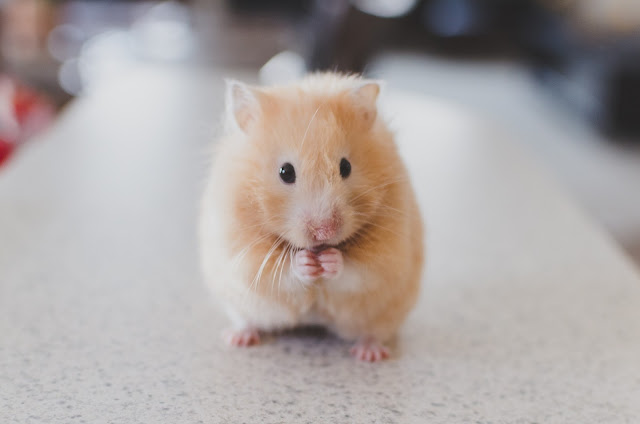 Hamster or cricetus is a common name for several small rodent mammals of the subfamily Cricetinae, found in Africa and Asia, endowed with a large facial pouch and a very short tail. It is also the common name for a rodent native to Syria (Mesocricetus auratus), found worldwide as a pet or "guinea pig". 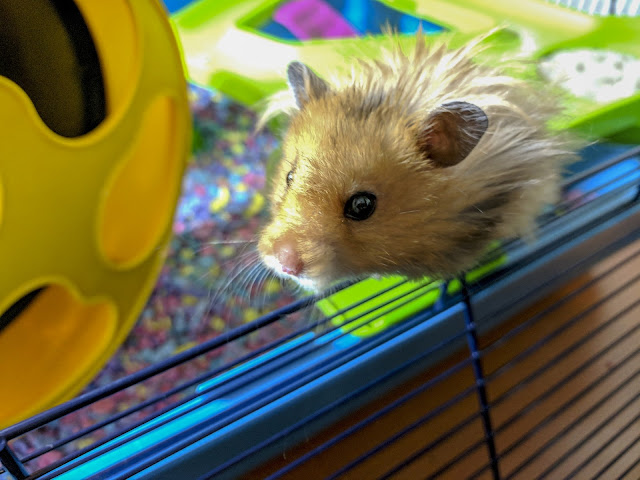 The English word hamster has its origin in the German word hamstern, meaning "to hoard" or "to store," in a reference to their cheeks, which have the ability to accumulate food. 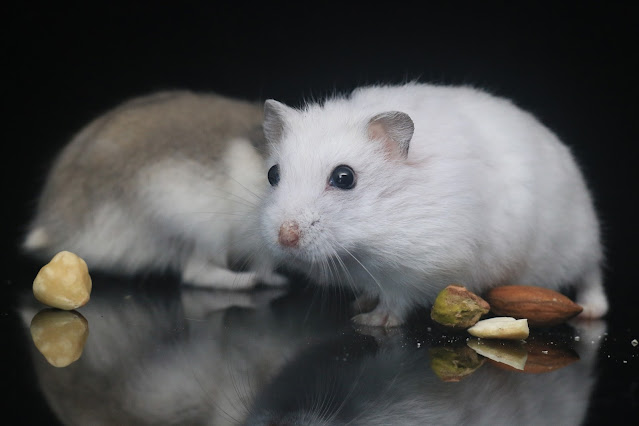 Possessing large incisor teeth that are constantly growing, they need to be constantly gnawing to prevent them from overgrowing. The average lifespan of hamsters is two years without mating, however some can live up to three or four years depending on the species. There are different species of hamsters spread all over the world and many of them inhabit semi-deserted regions where they live in burrows.
These burrows are made up of several tunnels and chambers that are used to store food or sleep. Hamsters are nocturnal animals, sleeping during the hot day and staying awake at night when it is colder. They see very poorly, but have a keen sense of smell and excellent hearing. Many hamster species have dilatable cheeks, that is, cheeks that increase in size, where they can carry food and forage to be stored in their burrow.
Few hamster species are bred as pets, but today the hamster is one of the most popular pets in many countries because it is docile and affectionate. The main species that are bred as pets are the "Russian Dwarf" and the "Syrian". The first species has a hairy, allergy-inducing body and a coat of black and white stripes. The Syrian has an elongated body and a coat of various colors: white, black or yellow (light brown).
Despite being characteristically individualistic in behavior, even with their own kind, the hamster can be conditioned to learn some tricks, using the technique of offering rewards. They are independent animals, as they do not need care such as baths, nor vaccines (they do not transmit diseases, as long as they are in a disease-free environment), and, having a comfortable cage[2] with quality food and clean water, they will live without any problems.

The hamster species can be divided into wild and domesticated, according to the possibility or not of breeding in captivity. According to this criterion, there are: