Lion: Habits, Diet and Other Facts 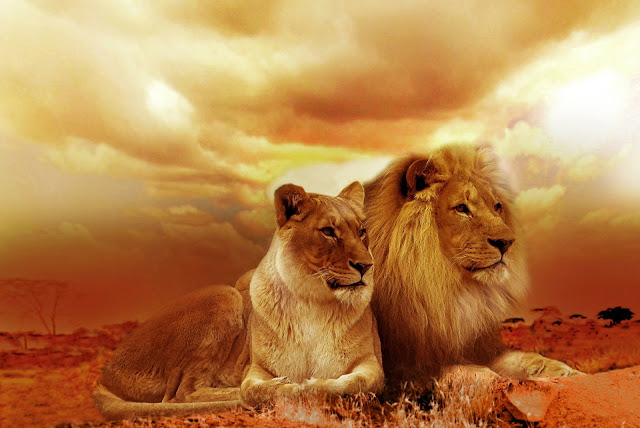 The lion is a large, vertebrate, carnivorous feline mammal animal. Its scientific name is Panthera leo.

Known as the King of the Jungle, the lion can be found in Asia, Africa, and Europe.

It is currently classified as vulnerable to extinction by the International Union for Conservation of Nature and Natural Resources (IUCN).

Among the main threats to lion conservation are indiscriminate hunting and habitat reduction.

The biological classification of the lion is: 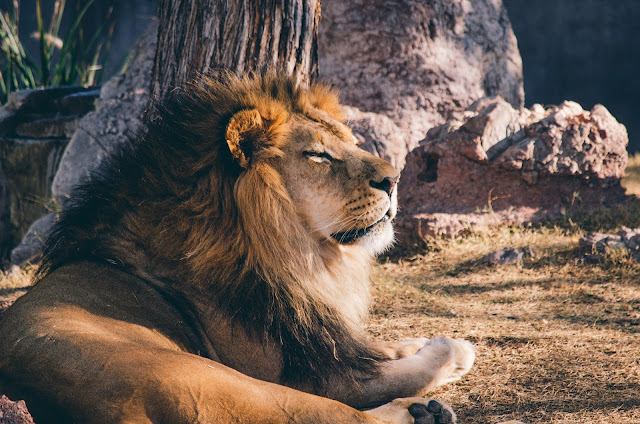 Learn about the main characteristics of lions:

Habitat and way of life 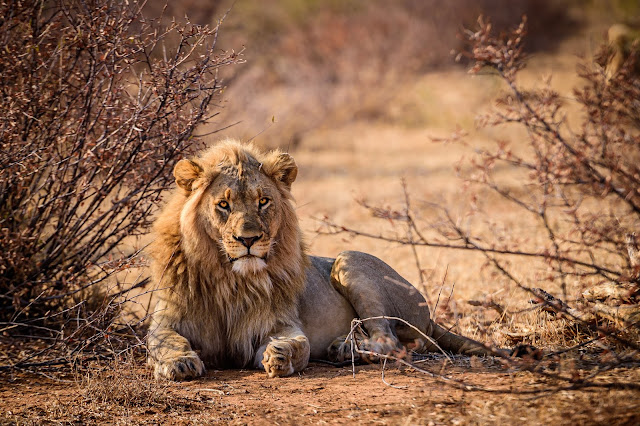 Most lions living in the wild today are found in the savannas of Africa and other semi-desert regions. It has already been extinct in many forest areas in Asia and Europe.
They live in groups of up to 40 individuals, mostly females, led by the alpha male.
The activities in the group are divided among its members. While the females are responsible for hunting and taking care of the cubs, the males ensure the protection of the group.
Most of the lions' time is dedicated to resting, only during 5 hours of the day the hunting and group activities take place. The rest of the time is for sleeping, resting and saving energy.
In addition, their activities usually take place at dusk. Lions have excellent night vision, ensuring that hunting can occur at night.
The communication between lions is done through roars, they serve to alert and demarcate the territory occupied. To get an idea of their power, the roar can be heard up to 9 km away!

The male has a characteristic and imposing mane, besides being very hairy. The female, on the other hand, is smaller, less hairy and does not have a mane. The color of lions' coats varies from yellow to brown.

Lions are carnivorous animals, and their most common prey are zebra, buffalo, wild boar, antelope, and deer. They are excellent predators and occupy the top of their food chains.
Females usually go hunting, due to their greater agility. However, hunting is not always guaranteed. Thus, lions can go up to three days without feeding.

How does reproduction occur? 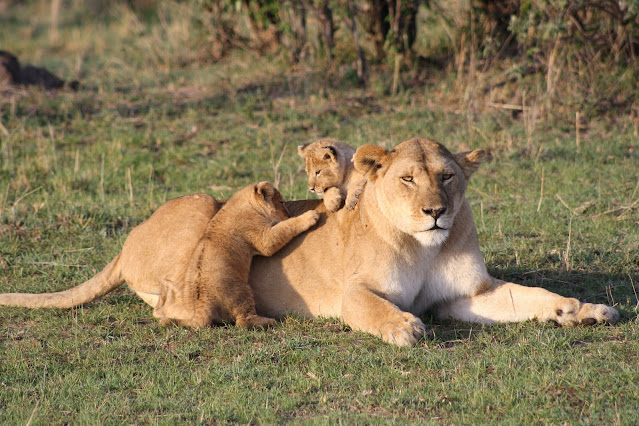 Lions reach sexual maturity by the age of 4. Reproduction can occur throughout the year. The females' estrus lasts from 2 to 8 days and occurs at any time of the year.
Mating can occur up to 50 times in a single day. Females are only unavailable for breeding during gestation and lactation.
Gestation lasts from 100 to 119 days, and results in 2 to 4 young. The female looks for a safe place to give birth and from where she can continue her hunting activities.
The pups are born weighing about 2 kg, and their eyes do not open until 10 days after birth. They can also be suckled by other females of the group. When they are 3 months old they start to accompany the mother and the females during hunting.
An interesting feature is the possibility of crossing the lion and a tigress, resulting in a hybrid animal, the liger. The crossing of a tiger and a lioness produces a tigress.
Leaguers are rare animals that are only born in captivity. In 2013, the liger Hercules was considered the largest feline in the world, he was huge, measured 3.33 meters long, 1.25 meters tall, and weighed 418.2 kilograms.