Platypus - What they are, characteristics of the species 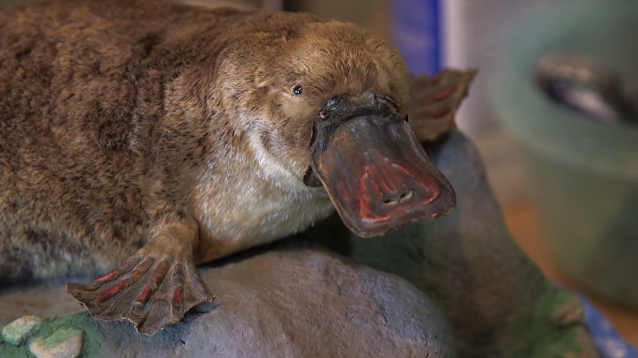 The platypus (Ornithorhynchus anatinus) is an Australian mammal belonging to the Order Monotremata, whose main characteristic is that it is a mammal that lays eggs. It is the only representative of the Ornithorhynchidae family. This animal is very peculiar and has some features that are not found in other mammals, such as the presence of a beak, a membrane on the legs and stings attached to a poison gland.

Platypuses spend most of their time in water and from there they get their food, which consists mainly of aquatic invertebrates. A curious fact about this animal is that its milk contains a protein with antibacterial properties.

General characteristics of the platypus 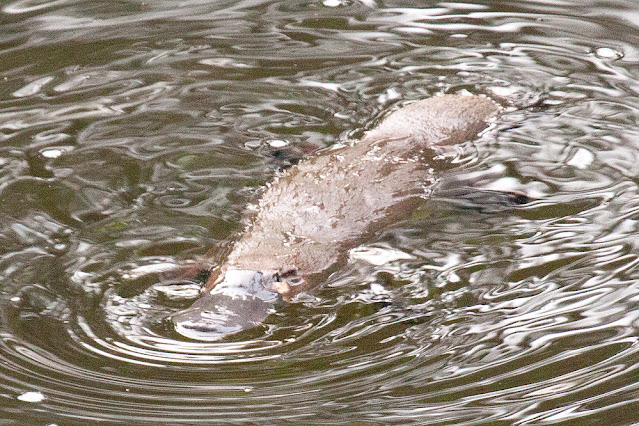 The platypus (Ornithorhynchus anatinus) is a small mammal that weighs about 1.5 kg, measures about 38 cm (head and body) and its tail is about 13 cm. It has a nocturnal habit and spends most of its time in the water. It can also be found resting in galleries dug by it in river banks; these galleries can be up to 12 meters long. Like the other mammals, it has a body covered in hair, which is impermeable.

As this animal spends much of its time in water, it has some characteristics that allow it to remain immersed, such as

The platypus can stay immersed for about two minutes.
This animal also presents some very peculiar characteristics, such as:

A peculiar characteristic of the platypus is that it is a mammal that lays eggs. Among mammals, only the platypus and the echidna have this feature. The females lay their eggs, from one to three, in nests built during the spring, and keep them warm until they hatch, which takes about 12 days. The eggs measure between 1.5 cm and 2 cm, and the chicks, once the eggs hatch, measure about 2.5 cm.
The young feed by licking the milk produced in the mammary glands, which drips down the abdomen of the female, since the glands do not have nipples. Breastfeeding lasts until the young are able to swim by themselves, which occurs around four months after birth.

The platypus is a carnivorous animal and feeds mainly on invertebrates that live at the bottom of water bodies, such as insects and mollusks. Its beak has receptors that help it find food, because they identify electromagnetic signals emitted by the muscles of other animals. While feeding, it also ingests mud and gravel, which is stored, along with the food, in its cheeks. The food is then ground up, and the gravel is essential in this process, because, as mentioned, adult platypuses do not have teeth.

Conservation of the platypus

The platypus is an animal that suffers from the effects of hunting, habitat destruction and climate change, leading to a decline in its population. The intensive hunting of these animals began in the 17th century by Europeans who were attracted by their soft and impervious skin. Hunting of platypuses was banned in the 20th century.
Due to declining platypus populations, the species is classified as "near threatened" with extinction by the International Union for Conservation of Nature and Natural Resources (IUCN). If conservation policies for the species are not effective, the species could go extinct.

Curiosities about the platypus