Tiger: Habits, Diet and Other Facts

The tiger (Panthera tigris) is a mammal, carnivore and excellent predator. They represent the biggest cats in nature.

Today, tigers are found in the Asia region, but they were more widely distributed across the planet. However, with the increasing destruction of their habitats and intense hunting, they were restricted to some parts of the Asian continent.

Therefore, the tiger is a species in danger of extinction, which makes its populations increasingly small.

There are several subspecies of tigers, of which three have already become extinct, such as: bali tiger, java tiger and caspian tiger.

The best-known subspecies are as follows: 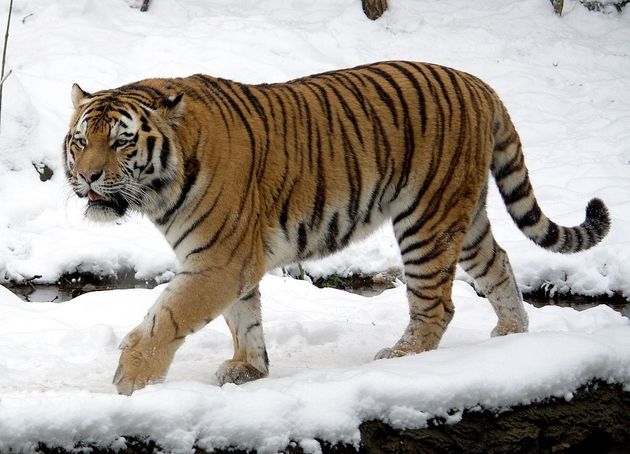 The Siberian tiger (Panthera tigris altaica) is the largest subspecies of tiger in existence, males vary between 180 to 300 kg and 3.5 meters in length. Thus, they are the largest felines in nature.
Currently, they are found in restricted regions of Russia, in cold regions. Consequently, his coat is thicker, so that he can protect himself from the intense cold.
Animal protection organizations estimate that there are no more than 500 Siberian tigers in the wild. 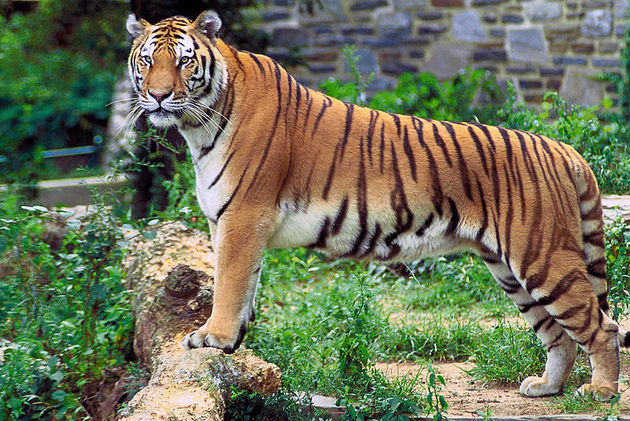 The Bengal tiger (Panthera tigris tigris) corresponds to the second largest subspecies of tigers. An adult male can weigh up to 230 kg.
These animals are found in Bangladesh, Bhutan, Nepal, India and Myanmar. It is estimated that there are less than 2,500 Bengal tigers living in the wild due to intense hunting. 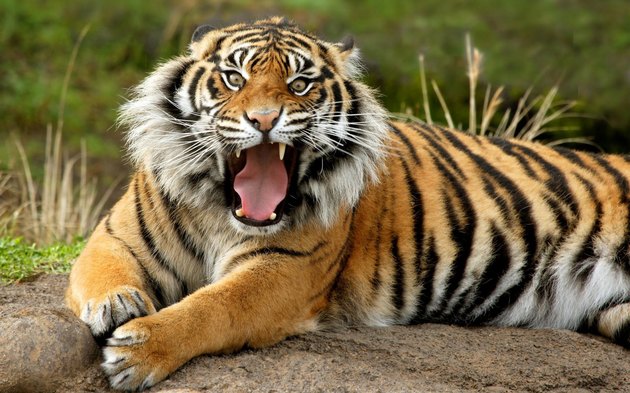 The Sumatran Tiger (Panthera tigris sumatrae), as its name implies, is found on the island of Sumatra, Indonesia, in regions of tropical rainforests.
This subspecies differs in that it has a darker coat and thick stripes. There are believed to be less than 400 Sumatran tigers in the wild, making it critically endangered.

Tigers are usually solitary, but territorial, and can compete with each other for control of space. It is essential that the area has availability of game and, in the case of male tigers, females for breeding.
The stripe pattern is unique to each tiger, like a fingerprint. 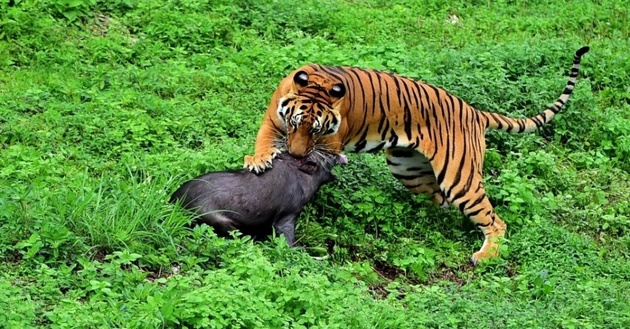 Tigers are carnivorous animals and their canine teeth are well developed and the largest among felines. They can eat up to 10 kg of meat at once !.
During hunting, tigers can imitate the sound of other animals in order to attract them. Their favorite prey are deer, wild boar and antelope.

Females are only fertile for five days a year, this is when reproduction must take place. To ensure reproduction, the tiger couple usually mate several times during the day.
The pregnancy lasts around three months and each litter can give rise to up to three puppies.
The mother is responsible for taking care of the puppy, and does not detach from her young until they can defend themselves. The father does not develop any kind of care for the offspring.
A peculiar feature is that tigers can mate with other cats. For example, the crossing of a tigress with a lion, originates the liger, a hybrid animal.