Elephant: Habits, Diet and Other Facts 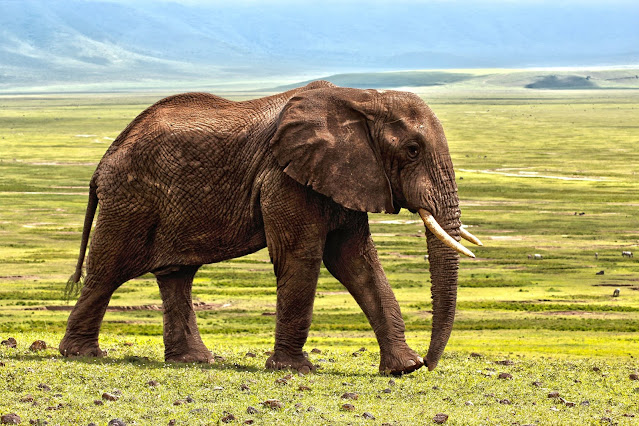 Elephants belong to the Class Mammalia, Order Proboscidea, and Family Elephantidae. They are the largest living land animals, are herbivorous and inhabit some regions of Africa and Asia. Two species of elephants are known, Loxodonta africana (African elephant) and Elephas maximus (Asian elephant).

In addition to drawing attention by their large size, these animals have some peculiar characteristics, such as the presence of a long proboscis (trunk), which has several functions such as drinking water and pulling herbs to be used for food. They live in groups, but solitary males can also be found, which approach females only in reproductive season. Elephants give birth to one calf per gestation, and the gestation lasts about 22 months.

The African elephant is classified by the International Union for Conservation of Nature and Natural Resources (IUCN) as vulnerable. The Asian elephant, on the other hand, is classified as endangered. 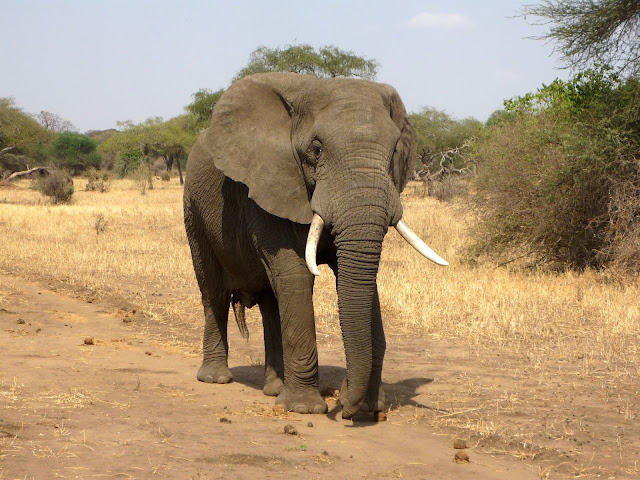 Elephants are mammals belonging to the Order Proboscidea. Among their characteristics we can highlight

Elephants originated in Africa and currently inhabit some African regions and India. They are herbivorous animals, feeding on grasses, grasses, bamboo, bark and roots, often causing damage by tearing the trees out of the ground. These animals can ingest more than 200 kilograms of food and more than 100 liters of water per day.

They live in flocks, and the male only approaches the female during the reproductive season. Sexual maturity occurs around the 11th year of age. The gestation, the longest among mammals, lasts about 22 months and gives birth to only one calf.

At a certain time of the year, which lasts about three months, as the testosterone concentration increases in the bloodstream, the adult male becomes extremely aggressive. This stage is known as Mush. During this period he also emits sounds as a way of warning the females about the sexual state and also to ward off other males.

When the calves are born, which can weigh about 100 kg, besides the mother they rely on the care of other members of the herd. An interesting feature of elephants is the zeal they have for each other, uniting against possible predators and helping when an individual is injured, for example.

The herds, which have between 10 and 30 individuals, are usually made up of females and led by them. At certain times of the year, these flocks may gather in some regions to graze, and up to 100 individuals can be seen at certain times. The males only remain together in these herds until they are about 12 years old; then they move on to live alone or in groups of males, usually led by the largest or strongest individual.

Elephants communicate by vocalizations and gestures, such as ear flapping and trunk taps. For a long time, intensive hunting for their tusks and the manufacture of various objects almost drove these animals to extinction.

Currently two species of elephant are known. They are: 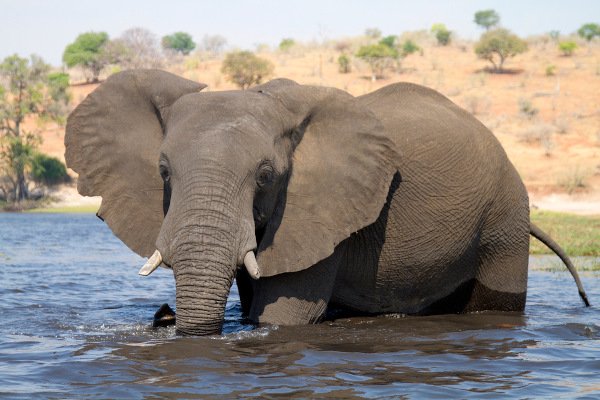 The African elephant is found in regions south of the Sahara Desert, in about 37 African countries, inhabiting different environments such as forest areas, grasslands, savannas, mountain slopes and beaches. Individuals of this species are about 5 meters tall and can weigh about 7000 kilograms. The African elephant is currently classified by the International Union for Conservation of Nature and Natural Resources (IUCN) as vulnerable. 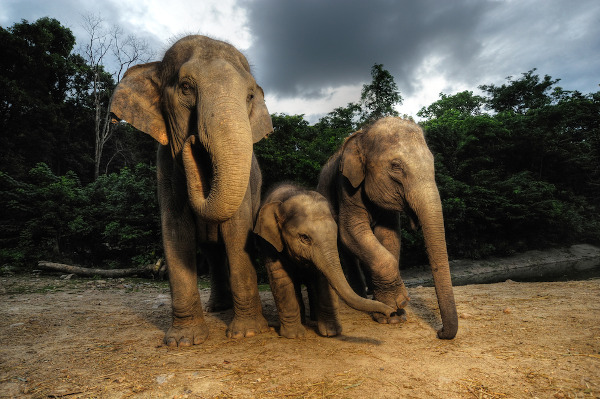 It is a species native to India and inhabits regions such as forests and grasslands. Individuals of this species measure about 3 meters and weigh about 5000 kilograms. An interesting characteristic that differentiates it from the African elephant is the absence of tusks on the females. The Asian elephant is currently classified, according to the International Union for Conservation of Nature and Natural Resources (IUCN), as endangered.