Graffe: Habits, Diet and Other Facts 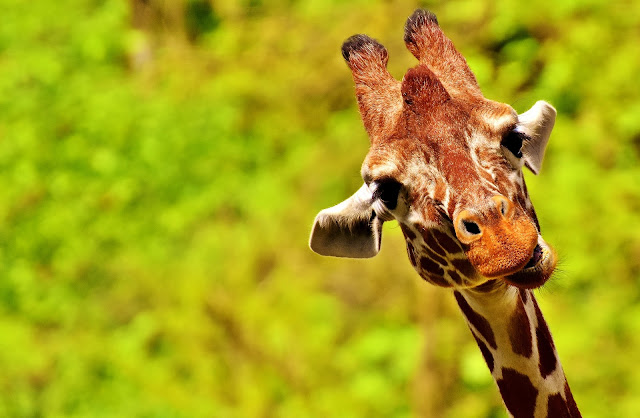 Giraffes are mammals native to the African continent. Some of the most striking features of these animals are their height and their coloring pattern, with characteristic brown spots. They are herbivorous animals (they only feed on plants) and have as one of their favorite foods the plants known as acacias. Generally, the females give birth to only one offspring.

Currently this species is classified as vulnerable by the IUCN Red List of Threatened Species, and the population trend is a reduction in the number of individuals. Habitat loss and poaching are some of the threats to these animals.

Scientific name of the giraffe 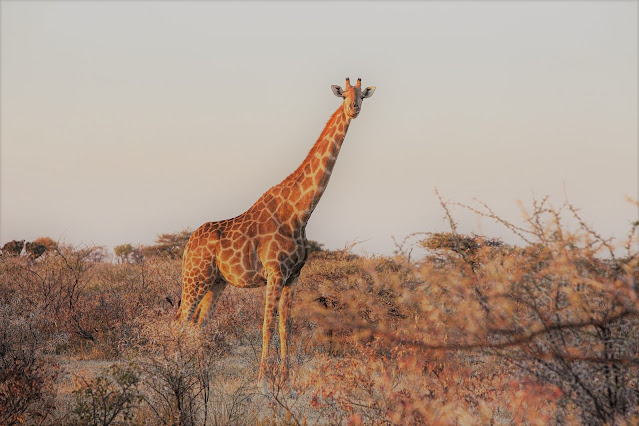 It is important to make it clear that there are currently nine recognized subspecies of giraffe. They are differentiated by their geographical distribution and the pattern of spots on their bodies.

Giraffes are large animals, having a height of about 5.7 meters, and the males are larger than the females. The weight of these mammals ranges from 1180 kg to 1930 kg.

Giraffes have long legs, with the front legs longer than the hind legs, and also a very long neck. They have a tail that can be about 100 cm long. The eyes of this animal are large and its tongue can reach approximately 45 cm in length, which is an important characteristic in capturing food.

Its coat presents a characteristic pattern, where it is possible to distinguish several spots in shades of brown. This pattern of spots works like our fingerprints, and is different in each individual. The coloring of giraffes is important in the camouflage process. It is worth pointing out that, depending on the animal's state of health and even the season of the year, the color of the coat may vary.

On the giraffe's head, you can see two bony structures covered in skin and fur. These structures are special horns called ossicones, which are formed from a bone that fuses with the frontal bone during development.

Giraffes live in groups of about 10 to 20 individuals, but larger groups can exist as well as single individuals in the wild. In the group, there is a dominant male.

Their main predators are lions, but leopards, hyenas, and even crocodiles can also feed on giraffes. It is worth pointing out that usually sick, very young, or old animals are the ones that are killed the most.

Giraffes are animals found only on the African continent. According to the International Union for Conservation of Nature (IUCN), they live in 18 African countries and have been reintroduced in three others. They live in savannas, grasslands, and also in open forest regions. They are very common in areas rich in acacia trees, one of the plants that are part of their diet. A curious fact is that, because they do not often drink water, they can be found in environments where there is no water source. 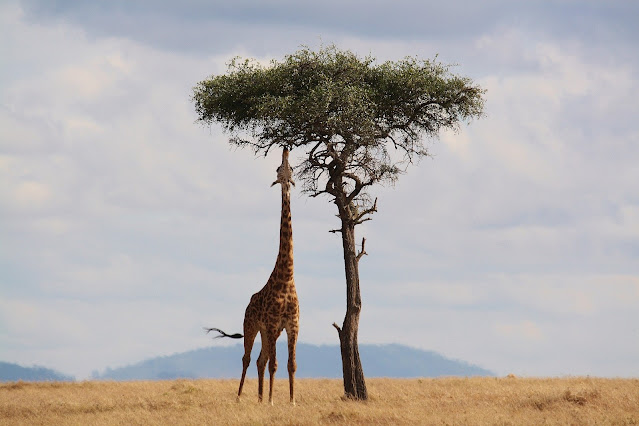 Giraffes are herbivorous animals, meaning that they feed exclusively on plant products. Their diet includes leaves, stems, flowers, and fruits. Although they feed on a variety of plant species, some plants are preferred by giraffes, such as acacias.

Acacia is a plant with thorns, but the giraffe is able to remove the leaves with its tongue without hurting itself. In addition, giraffes' molar teeth can crush these thorns, and their flexible lips help them pick up food.

The female breeds every 20 to 30 months, and gestation lasts about 460 days. Usually, there is the birth of only one kitten. The birth of the pups occurs during the dry season, between May and August. Weaning, in turn, occurs between 12 and 16 months for the females and between 12 and 14 months for the males. These animals can take from 1 to 3 years to become independent. The females tend to stay in the group, while the male may migrate in search of another group in which he can become dominant. 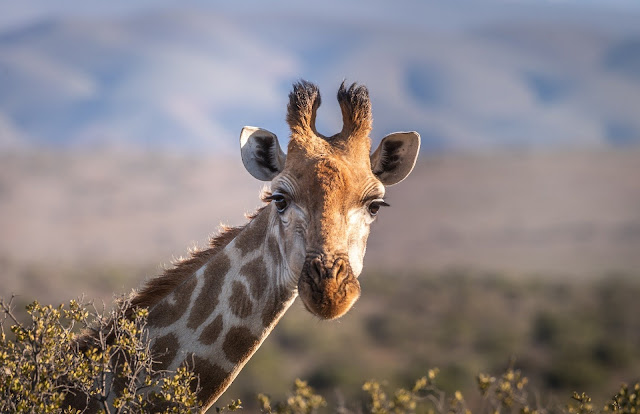