koala: Habits, Diet and Other Facts 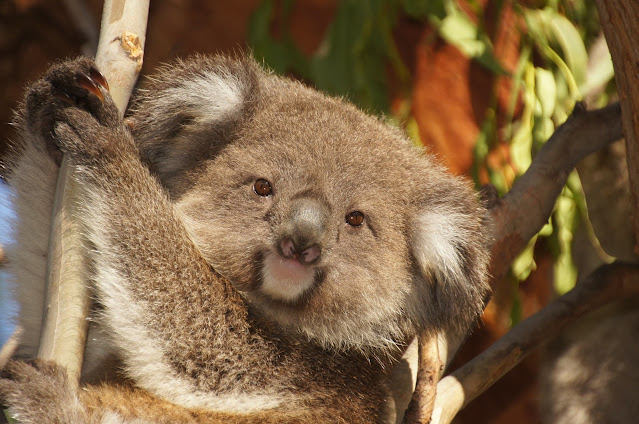 The koala (Phascolarctos cinereus) is a vertebrate animal of the class Mammalia, subclass Metatheria, order Diprotodontia, and family Phascolarctidae. The koala is native to Australia, is herbivorous, and spends most of its life on trees.

Koalas are animals that live in Australia, mainly in the Northeast, Central and Southeast regions of Queensland. They have a coat that varies in color between gray and brown, can reach about 85 centimeters in length and weigh up to 13 kilograms. Besides these characteristics, we can also highlight:

Koalas are herbivorous animals and feed mainly on eucalyptus leaves. Eucalyptus is the generic name given to a plant that has more than 600 species. However, koalas are very selective and use only 5% of these species in their diet. Eucalyptus has fiber-rich leaves, several phenolic compounds with potentially toxic properties, and low energy value.
The koalas apparently select the branches with the leaves they will eat, and many studies show a certain preference for young leaves. These leaves have a higher amount of water and less fiber than more mature leaves. Koalas do not drink water, but take it directly from the food.
Koalas have some mechanisms that help them when eating. For example, as the eucalyptus leaves are very fibrous, they have teeth with shapes that help them make a good cut and chew.
In addition, as in some other herbivores, they go through the process of rumination, in which movements occur that allow them to regurgitate the ingested food, chew it again, and then ingest it. In this way, the food is very fragmented, facilitating digestion.
In relation to potentially toxic substances, koalas have mechanisms that help them identify and prevent intoxication. One of these mechanisms is the occurrence of nausea, which makes them change the way they eat.
Koalas have a low basal metabolic rate, which compensates for the fact that their food is low in energy. 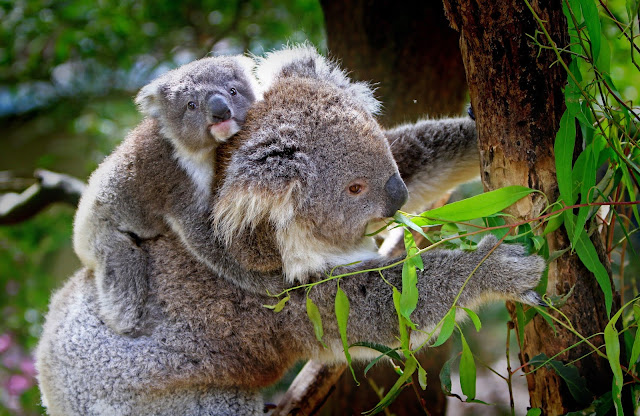 Koalas reach sexual maturity around one and a half years of age. Breeding is usually annual. Like other marsupials, koalas have a pouch, called a marsupium, into which the young move to complete their embryonic development. They remain in the hut for about six months. From then on they live attached to their mother's body until they are one year old.

According to the International Union for Conservation of Nature and Natural Resources (IUCN) Red List of Threatened Species, koalas are classified as vulnerable. The koala population was greatly reduced between the 1920s and 1930s due to hunting. Today, one of the biggest challenges for the survival of these animals is the destruction of their habitat.
Koalas are totally dependent on the forest and need large areas of land to survive. Therefore, it is necessary to take actions aimed at preserving their populations, as well as their habitat.
There is a history of work aimed at this protection, such as: forest management and monitoring projects; introduction of the species in some locations; translocations; and captive breeding facilities. 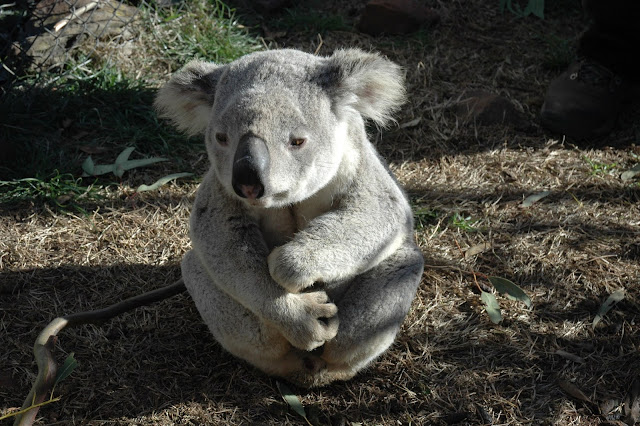 Koalas are animals that attract a lot of attention because of their physical characteristics. Their "cute" appearance causes admiration and also arouses curiosity. Therefore, we also bring, in addition to the information given in the previous topics, some curiosities about these animals: