Leopard: Habits, Diet and Other Facts 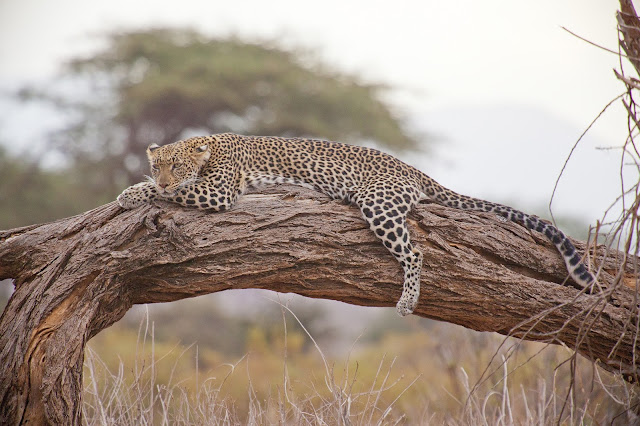 Leopards are mammals found in Asia and Africa that stand out for the presence of spots on their fur that are very similar to those of the jaguar. These animals are carnivores and are capable of catching large prey, such as antelopes. They are fast and have excellent hearing and vision. Leopard populations are threatened by man's destruction of their habitat and hunting in retaliation for attacks on livestock as well as for the illegal trade in their skins.

Classification of the leopard 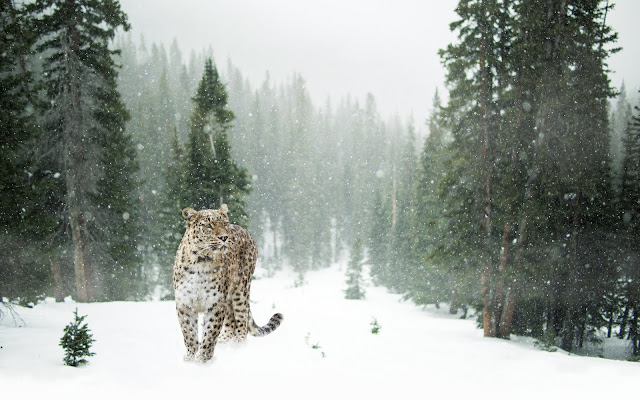 The leopard is a mammalian animal belonging to the order Carnivora, family Felidae and genus Panthera. The species of leopard is Panthera pardus. According to the International Union for Conservation of Nature (IUCN), we can currently consider nine subspecies, which are found in the following places: 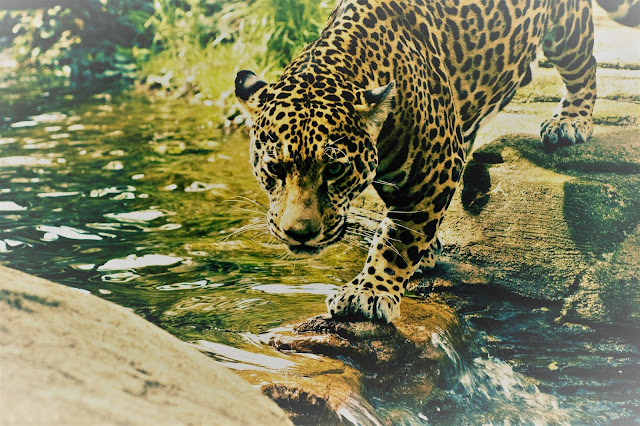 Leopards are about two meters long and can weigh up to 90 kg. Males tend to be larger than females. In addition, leopards living in savannas and forests are considerably larger than those seen in mountains and deserts.

The leopard's neck is long, its paws are short, and its tail is long. They have sharp, strong, retractable claws. Leopards are animals that have a very characteristic coat color pattern, with hair that ranges from light yellow to reddish-orange, with a large number of black spots scattered all over the body. These spots are called rosettes.

Leopards are very agile animals that can reach about 60 km/h and can jump about six meters horizontally and three meters vertically. They are also great tree climbers. It is very common for leopards to climb these places to feed, especially in areas where there are many competitors, because in this way they avoid having their food stolen.

They have crepuscular/nocturnal habits. They are solitary and inhabit large territories, which are marked with feces, urine, and claw marks. They communicate through sounds such as howling and growling. Leopards prey on animals such as tigers, lions, wild dogs, and hyenas.

They do not have only one partner during their lives, and it is possible to see males and females with several partners. Reproduction can occur throughout the year, but the peak reproductive season is the rainy season. Gestation lasts about 96 days, and on average two young are born.

They weigh about one kilo at birth, and are initially hidden in burrows. They begin to come out of burrows regularly at six to nine weeks of age, when they start feeding solid food. Full weaning occurs at three months, and independence occurs at about 20 months.

In the wild, leopards can live an average of 10 to 12 years. In captivity, these animals reach 21 to 23 years. 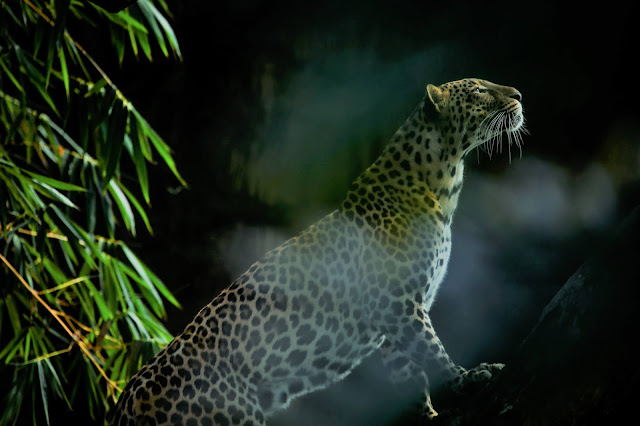 Leopards are distributed throughout Asia and Africa and are observed in different habitats. These animals are in regions of savannas, forests, woodlands, mountainous locations and deserts.

Leopards are carnivorous animals, meaning that they feed on other animals. They are ambush predators, attacking their prey without the prey being aware of their approach. They can feed on different animals, such as birds, reptiles, and mammals (such as rodents, antelopes, gazelles, and deer). After capturing their prey, where there is competition for food, they hide them under vegetation or in trees.

Black panthers and leopards, contrary to what many people think, are the same species. Black panthers are a case of melanism, in which an individual possesses genes that cause a greater amount of pigment to be produced. This results in an animal with a black coat. It is believed that melanism can be an advantageous characteristic for those individuals that live in forest regions, with a greater amount of shade, because this condition favors camouflage.

Difference between leopard and jaguar

The first difference between leopard and jaguar concerns where these species live. While leopards are distributed throughout Africa and Asia, jaguars are found throughout South and Central America. Another very striking difference concerns the rosettes. In jaguars, the rosettes have black dots in the center, while leopard rosettes do not surround dots. In addition, jaguars are larger and heavier than leopards. Jaguars' tails, however, are shorter than those of the leopard.