Octopus: Habits, Diet and Other Facts 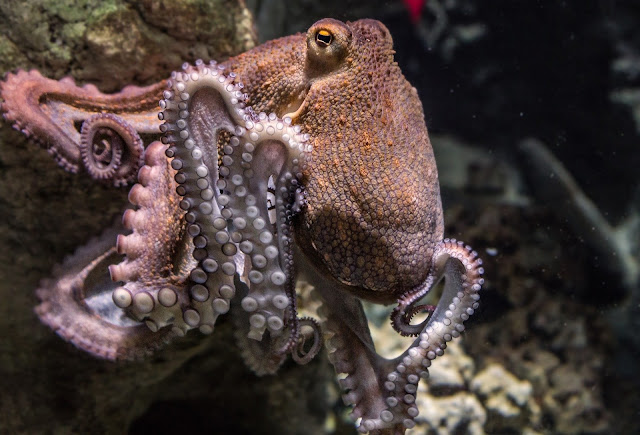 Octopus, which means "many-footed," are invertebrate animals of the phylum Mollusca, of the class Cephalopoda. It is estimated that there are around 700 species in the order Octopus. They are strictly marine animals and are found in all of Earth's oceans, especially in tropical waters. This name means that cephalopods have feet fused to the head, i.e., tentacles attached to the head of the animal. Unlike squids, these animals do not have the equivalent of an internal skeleton.

As the name of the order says, they have eight arms that are also used for their locomotion and can perform autotomy of these limbs (spontaneous amputation). They are known to change color in response to danger or an emotion, because they have special cells called chromatophores that allow them to change color quickly. Changing color can be a form of defense (camouflage), and they also use autotomy and inkblasting. These animals have glands that release a substance composed of melanin and other compounds, which when released looks like a cloud of ink. This works to confuse their predators, both by sight and smell, because the substance also has an odor. As for camouflage, the species have two to four pigments in their chromatophores. The species Thaumoctopus mimicus is able to change its color and flex its body to the point of imitating a dangerous predator, such as the moray eel.

They are solitary animals, living among rocks and their faults. There are species that weigh 3 kg and others that can reach 40 kg; some reach 3 meters in length, being called monsters of the seas. 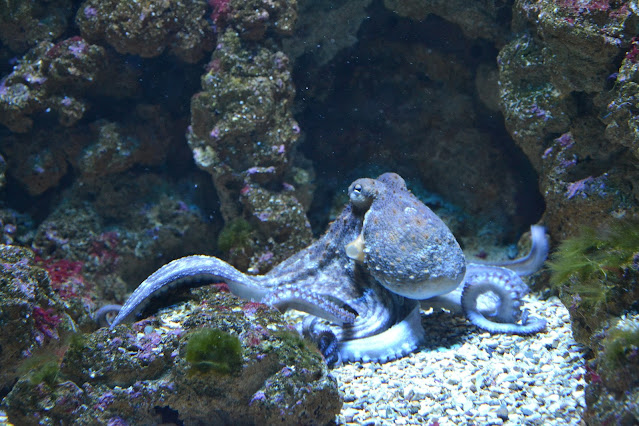 They have a complex nervous system and developed sensory organs. The ganglia are large and form a structure like a brain that is subdivided with parts for memory and learning. They have neurons and are animals with behavior that has been widely studied in captivity, due to their intelligence, unique among invertebrates and above that of some vertebrates. Their eyes are developed, having binocular vision, being able to form images, and some believe they see colors, but studies show that they can only distinguish the polarization of colors. Their highly flexible arms have tension receptors and have suction cups that function as chemoreceptors, giving them the ability to sense the texture of an object and even smell. These suction cups help in locomotion and feeding.

Reproduction is sexual. The female releases a sexual pheromone into the water, which attracts males and can be fertilized by more than one partner. Octopuses have a modified arm, the hectocotylus, that will introduce spermatophores into the female. They are able to store them inside until the eggs mature. There are thousands of eggs that can be laid in the most diverse places, depending on the species, for example in nests. The mother takes care of the eggs until they hatch and dies soon after, since they do not feed during this process. The males die some time after copulation. When they are born they stay on the water surface feeding on zooplankton, and as adults most species inhabit deep water. 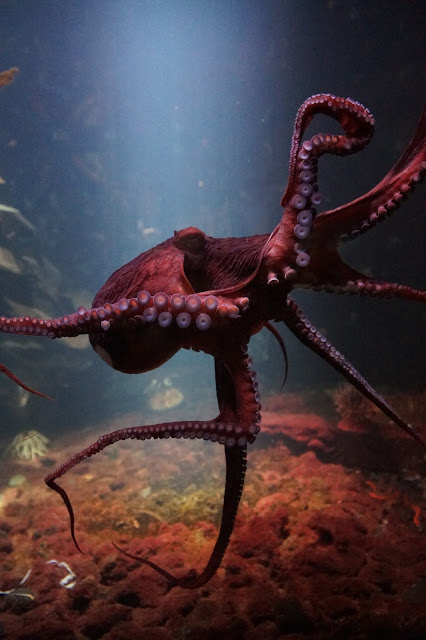 They are carnivorous and feed on fish and other invertebrates, such as crustaceans. Cannibalism is common in some species. They are economically important, as in some cultures they serve as food.