Quokka: Habits, Diet and Other Facts 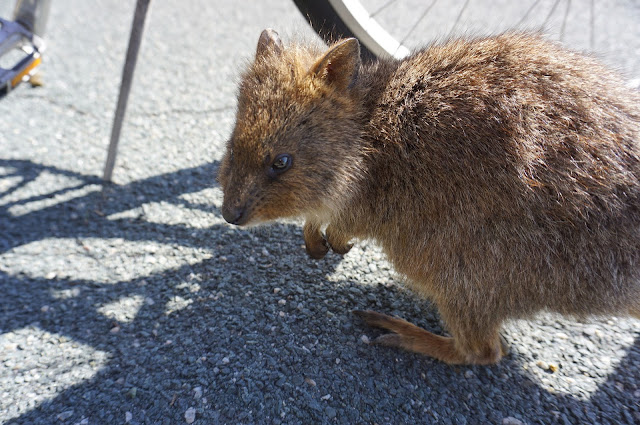 Meet Quokka, the happiest animal in the world. Find out how and where to find this endangered Australian pet, and help preserve it.

Elected by the Huffington Post as the happiest animal in the world, the Quokka is an Australian marsupial that enchants with its friendliness and cuteness.

Besides being a super photogenic species, since it knows how to find a good pose for a selfie, it is also docile and usually shows up to say hello to those who visit Rottnest Island in Western Australia.

I have met Quokkas a few times in my life, and I want to help you get to know them up close (and help preserve them too!).

How do Quokkas live? 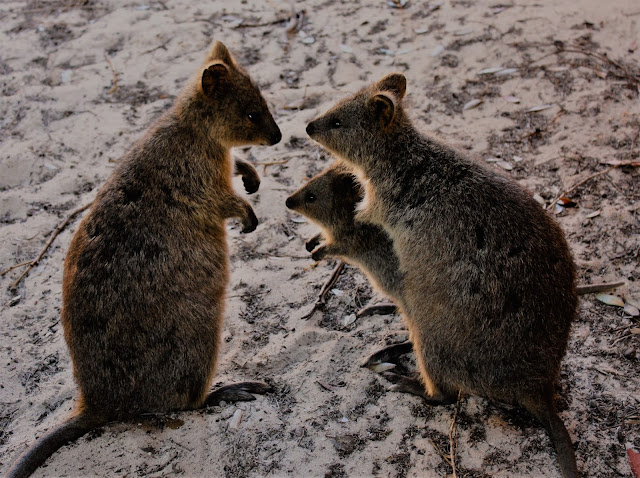 Quokkas are herbivores and live among dry, green bushes.

These beautiful and totally cute marsupials, which look like a cross between a chinchilla and a wallaby, are classified as a vulnerable species and are protected by Australian law.

Hunted until 1917, there are only about 8,000 to 12,000 Quokkas in the world. They are only easily found on Rottnest Island, a nature reserve near Perth in Western Australia.

Unlike many Australian animals, quokkas are not dangerous and can usually be seen hopping around the Australian island paradise that is only 22km long.

Amidst the dry climate, these small Australian marsupials can survive up to a month without fresh water (and it is not recommended to give them water when you encounter them).

The History of the Quokka

The Quokka population residing on Rottnest Island was separated from the mainland 7,000 years ago, which possibly explains the species' uninhibited and friendly nature.

The first records of the Quokkas first occurred in 1658, when a Dutch discoverer named Volkersen arrived on the island and wrote that the little guys looked like an Asian leopard cat, but with brown hair.

Already a few years later, in 1696, Vlamingh described the Quokka as "a kind of mouse the size of an ordinary cat." He called the island where they were found 'Rotte Nest' (meaning 'rat's nest') and the name of the island was eventually adapted to 'Rottnest'.

How to meet a Quokka? 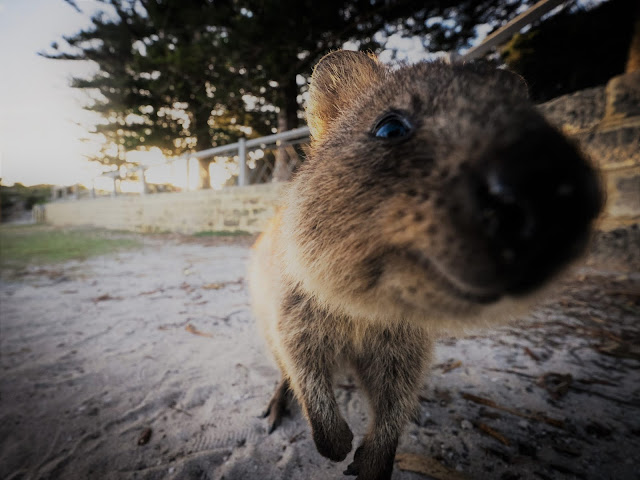 Despite the vulnerable population of Quokkas, it is possible to encounter the small marsupials - especially for those living in or visiting Western Australia.

The little ones live on one of the most paradise-like islands in the state, Rottnest Island, which is a few kilometers across from the main city in the region, Perth.

It is also possible to see other smaller groups of Quokka in some specific regions of Western Australia, such as in the Valley of the Giants in Walpole, an impressive forest of ancient trees in the southwest of the state.

Near the coast of Perth, Rottnest Island is one of the most beautiful islands in Australia. No wonder it is the place chosen by the Quokkas as their home. Could this be the reason for such happiness?

On land, you can also find the world's cutest mini marsupial, only found in Western Australia, the famous quokka.

With the ban on cars in Rottnest - everyone knows the 22km length by bike or circular bus - the marsupials enjoy their home unhindered.

Quokkas are regularly seen on the waterfront streets, in the town of Thomson Bay or also at night they decide to say hello to those who go to sleep in the island's cottages.

How to get to Rottnest?

Located about 40 minutes from Perth, transportation is by ferry that leaves from some points in the city (Elizabeth Quay, Hillary's and Freemantle). It is necessary to book the ferry in advance, because it is possible that the ferries will fill up.

A round-trip ticket on different days, counting the island's preservation fees, is around 115 Australian dollars. It is expensive, but worth it. I recommend to guarantee the combo with the bike rental (for those who are willing) or with the ticket for the bus that also goes around the island.

Is it allowed to take a selfie with a Quokka? 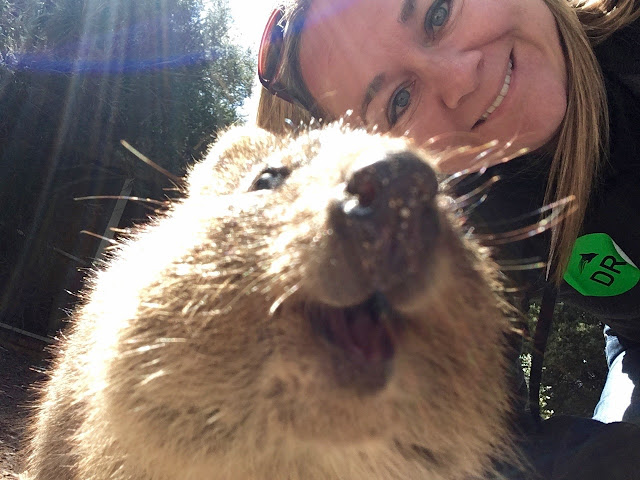 Because they are so docile, you have to be careful when posing with quokkas for a photo. You are not allowed to touch the marsupials, so if they approach you a selfie stick is a good idea, as it allows you to keep a respectful distance.

The island's general manager of environment, Holly Knight, points out on the official Western Australia Tourism website that you don't really need to approach a quokka - "if you sit and wait, one will certainly come up to you to say hello."

It's true, the three times I've been to the island, it's impossible to leave without having a Quokka come to welcome you.

"The easiest place to take a selfie is in the main village," she says. "The best time to see them is at 4 or 5 pm. At dusk many of them come out into the common courtyard, a green space where the bakery is. Quokkas love grass.

Knight further states that the quokkas in the open areas of Thompson Bay are the friendliest, while others can be shy.

Don't go out looking for a quokka.

Knight also states, "We try to prevent people from going off the beaten path and into the bushes to find a quokka; in doing so, they run over some of our native flora or head into snake territory. We advise following the prescribed paths and not approaching those in the reserve because they are very wild and shy. "

It also goes without saying that you should never touch or feed a quokka and make sure to keep a safe distance from the mothers and their young.

Are they allowed to feed them?

Actually, quokkas are nocturnal, but Knight says that, like Canada's bears, many come out during the day because they crave human food - a wicked habit that visitors need to help them break.

"People think it's okay to give them a piece of apple, but fruits ferment in their bellies and can make them quite sick. Dairy products are very bad for them. You also don't have to give them water. They get all the water they need from the bushes and plants.

It is important that visitors avoid feeding quokkas in Rottnest. Quokkas can get very sick from eating unsuitable foods, such as bread, French fries, and meat.

It is also equally important not to provide quokkas with water, as this has the potential to alter their natural behavior and can also cause toxicity within the little ones' bodies, leading to death.

Rottnest Island Rangers patrol officers can infract and fine people who feed quokkas. So please take care of them with love and care when you are out there ?

You should never touch a quokka and make sure you stay away from mothers and their children. "Mothers may reject them if they carry the scent of a human," says Knight.

The island's environmental manager also says it's best to take a selfie and move on to the next beautiful view of Rottnest (there's no shortage of beautiful places!).

"As fun and Instagram-worthy as having a quokka selfie is, make sure you're always aware of the animals and humans around you," he says. "No one loves a camera in their face all day, so after you take the photo, sit back and enjoy the experience away from the screen!"