Snakes: Habits, Diet and Other Facts 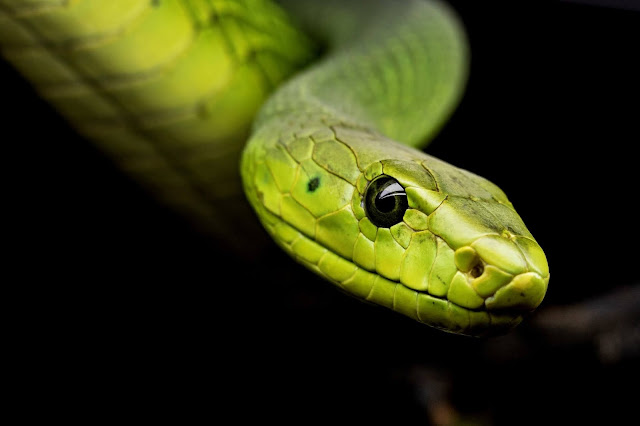 Cold-blooded animals, snakes are reptiles belonging to the order Squamata (animals that have scales), and are popularly known as snakes. It is assumed that snakes evolved from lizards that burrowed into the ground, and that their elongated and legless bodies were merely an adaptation to this way of life.

Snakes endemic to warm climates are oviparous; whereas some species from temperate climates are viviparous. In viviparous species the eggs hatch inside the mother's body. During their lives these animals change their skin numerous times, in a process called moulting.

A very interesting feature of snakes is their ability to open their jaws to ingest prey much larger than themselves. This is due to the mobility that these animals have in their jaw, which, by virtue of a double joint between the skull, the jaw, and a bone called the square, gives them a mouth opening larger than 1500. Thus, we can say that these animals have a movable square or streptostyle. It is interesting to remember that snakes have the two halves of the jaw free, being held only by an elastic ligament, allowing a large lateral opening and facilitating swallowing. 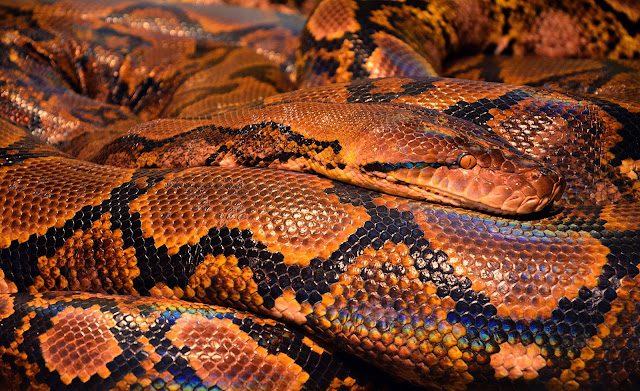 Another characteristic that snakes have that allows them to ingest large prey is the absence of the sternum, the bone that joins the ribs in other vertebrates. Without the sternum, the ribs (around 300) are free, allowing the animal's body diameter to increase. Because they have a tracheal opening below the tongue, snakes can hold their breath while swallowing their prey.

After feeding, snakes go into a state of stupor due to the digestion of their food. These animals have a very efficient digestive process and can absorb everything they need, except for hairs and claws, which are eliminated along with excess uric acid.

Snakes have transparent eyelids and no auditory canals, and can feel the vibrations of the ground through their skeleton. They have a tongue with two ramifications (forked tongue), with the function of touch and smell. When moving around, snakes make small touches with their tongues on the ground to pick up small particles that, in turn, are placed in orifices (known as Jacobson's organ), which are located on the roof of the mouth and are connected to the sense of smell. The Jacobson's organ is also very important for following prey tracks and for sexual recognition.

Many snakes have venom producing glands in their heads, responsible for the production of venom (poison); and also one or more pairs of teeth in the upper jaw with a channel through which the venom comes out. The venom of these animals can be defined as a specialization of the saliva, which has the ability to break down proteins, facilitating digestion. These venoms are produced with substances of a protein nature, such as neurotoxins, which affect and destroy the cells of the nervous system, leading to death; hemotoxins, which cause hemorrhages; and proteolytic enzymes, which destroy tissue. In almost all venomous snakes we can find a depression located between each eye and the nostril, which is called the lacrimal fossa, or loreal fossa. This organ is specialized in sensing temperature variations, which allows the snake to know if another animal is present.

Snakes can be found in many places, like on the ground, in trees, in holes, in fresh water, and also in the sea (sea snake). Among the many species of snakes we can mention the surucucucu, jiboia, sucuri, urutu, rattlesnake, coral, etc.