Alligator: Habits, Diet and Other Facts 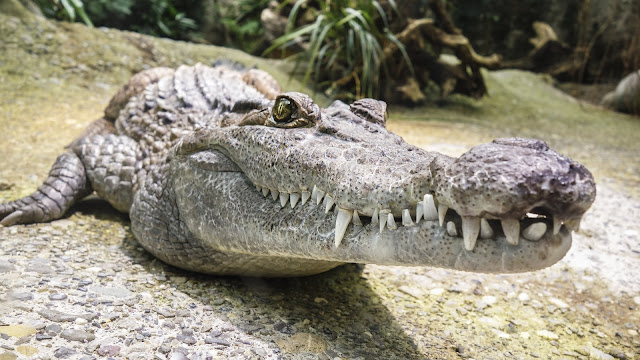 Alligators, as well as other reptiles, have some characteristics that allowed these animals to definitively conquer the terrestrial environment, such as a skin resistant to water loss and eggs with a resistant shell and the presence of a liquid-filled chamber that protects the embryo. against desiccation.

Although alligators and crocodiles are very similar animals and are often confused, they have some characteristics that allow them to be differentiated, such as the shape of the snout, which is wider in alligators than in crocodiles, allowing the fitting of all teeth.

Alligators are reptiles belonging to the Alligatoridae family. Among its features, we can mention:

Conquest of the terrestrial environment

Reptiles were the first vertebrate animals to definitively conquer the terrestrial environment, thus being able to live independently of the aquatic environment. Some adaptations were essential for this to happen, such as the presence of dry skin covered by scales and plaques; pulmonary breathing; the excretion of uric acid, which requires little water to be eliminated; internal fertilization; and the production of eggs with a tough shell, also featuring a fluid-filled chamber that protects the embryo from desiccation.