Crocodile: Habits, Diet and Other Facts 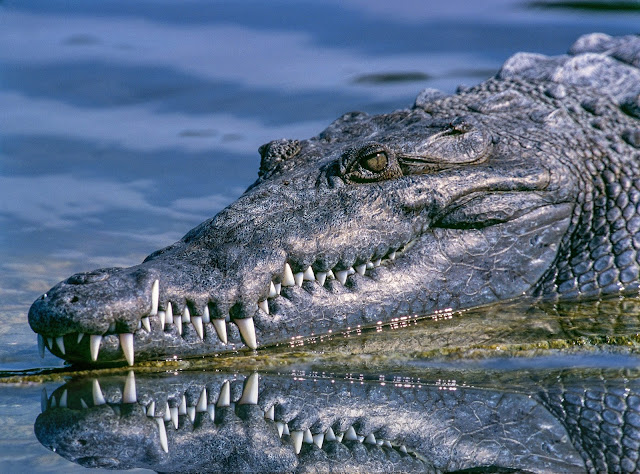 The order crocodilia is an order of reptiles that brings together all crocodilians, mainly represented by crocodiles, alligators and gharials (found in India) - animals that live in warm environments and inhabit freshwater rivers and lakes, with few species found in salt water .

Crocodilians are animals that spend most of their lives underwater, but they like to stretch out on the sand along riverbanks to sunbathe. 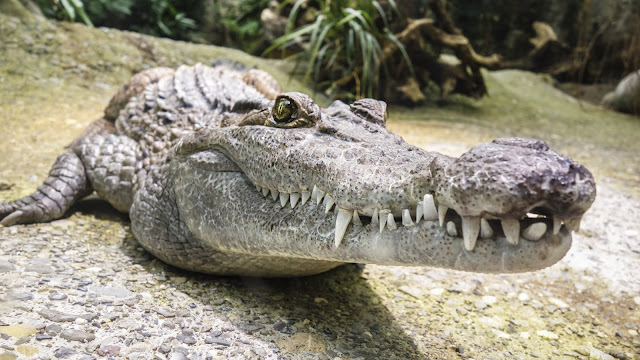 In Brazil, the representatives of this order are the alligators, found in various regions of the country, such as the alligator-açu, alligator-of-oculars or alligator and alligator-de-papo-amarelo.

Unfortunately, many people appreciate the leather of these animals for making objects such as bags, shoes, belts, wallets, among others. For this reason, several species of crocodilians are threatened with extinction.

Some bird species, such as Pluviailis aegyptus, maintain a symbiotic relationship with some species of crocodilians. By keeping its mouth open, the crocodilian allows the bird to enter its mouth and eliminate the food debris that accumulates between its teeth, obtaining food in a plentiful and easy way. For the crocodilian this is very valid, as he is free of food debris, leeches and other parasites that invade his gums.

In medieval Europe, the crocodile was an animal little less than mythological, known only from references to Greeks and Romans who had seen it in Egypt. The Romans called it crocodilus, a word they took from the Greek krokodeilos. In Iberian texts, the word is first recorded in 1251 as cocodrillus.
The Greeks coined this name, taking it from kroké (stone) and drilos (worm, worm) after having observed the crocodiles on sandbanks and on the banks of rivers enjoying the heat of the sun, motionless as stones.
Since classical antiquity, the myth has spread that the crocodile emits a sound similar to a human sob when they lure people into its caves. And after devouring them, they drop bitter tears, perhaps of compassion for the sad fate of their victims. This is the origin of the expression "shedding crocodile tears", used to refer to those who cry to fake a feeling that is not true. According to Professor Ari Riboldi, in his book The Scapegoat, the origin of expression is biological, but it has nothing to do with pretending.
When the crocodile is digesting an animal, the passage of the animal can put strong pressure on the roof of the reptile's mouth, which compresses its tear glands. So, as he devours the victim, tears fall from his eyes.
These are natural tears but obviously do not mean that the animal is emotional or feels sorry for its prey. Hence the expression "crocodile tears", meaning that, although the person cries, their tears do not mean that they are suffering, and often are just a pretense. 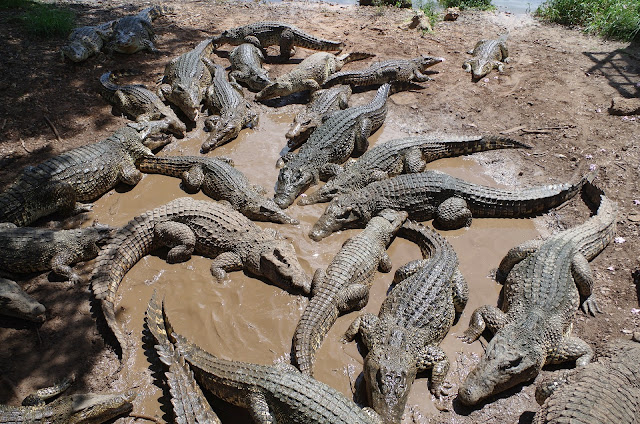 The crocodile's main weapon is its powerful jaw filled with teeth (up to 80). According to studies by Gregory Erickson and Kent Vliet, from Florida State University, and Brady Barr, from the National Geographic channel, a bite from one of these animals can reach the incredible mark of 1.5 tons. To get an idea of ​​the force of the bite, it would be like placing a one-ton object on an arm with something sharp between the skin and the object.
This impressive burst of energy can pierce the shell of turtles, one of the favorite prey of crocodiles. Despite having many teeth, this reptile does not chew its food. Your teeth are not properly aligned for chewing. Thus, he rips off pieces of victims by rotating the body and tearing the skin of the prey. With the meat in its mouth, it just swallows bones, fur and hooves whole. Despite having one of the most powerful bites in the animal kingdom, crocodiles — and even their herbivorous ancestors — had fine tooth enamel, a trait that contrasts with humans and other hard-biting species.[2]
Another factor that prevents the crocodile from chewing its food is that the muscle that opens its mouth is much weaker than the muscle that closes it. This composition favors quick and energetic bites. That's why it's common to see researchers dealing with huge animals controlled with just a sticky tape wrapped around their mouths. When not serving the interests of scientists, the crocodile can open its mouth at an angle greater than 75º. This helps both in obtaining heat in your "sun baths", as well as facilitates hunting large animals such as zebras, buffaloes, wildebeests and even elephants.

As this reptile swallows its prey in pieces, sometimes even whole limbs, its digestion has to be extremely efficient and quick. For a long time, scientists did not understand how crocodiles and alligators managed to destroy this food in their stomach, proportionately small for an animal weighing hundreds of kilos. During an autopsy, led by biologist Richard Dawkins, shown weekly on the pay channel "National Geographic Channel", it was discovered that there is an extra artery in the heart of these animals.
The artery passes behind the heart muscle and reaches the stomach. Thus, with this unusual structure, the crocodile's digestive tract receives more blood supply and is able to produce much more gastric juice to crush the animal's heavy feed.