Gorilla: Habits, Diet and Other Facts 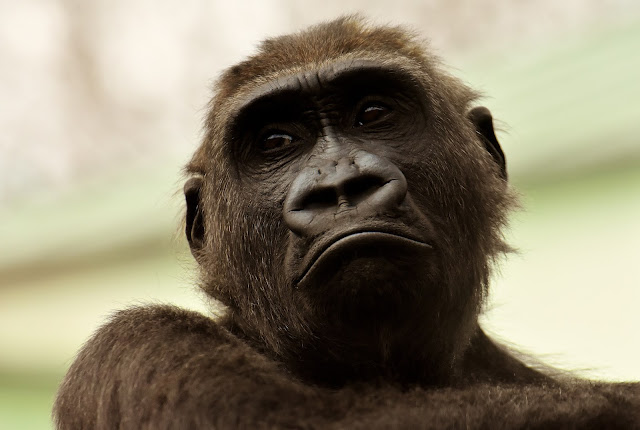 Gorilla belongs to the genus Gorilla which is organized into two species: western gorillas and eastern gorillas, each with 2 subspecies, as follows:

Gorillas differ depending on the habitat in which they live, if they are found in the mountains they will have denser and longer fur to survive low temperatures, while lowland gorillas have short and fine fur to survive in humid and hot regions. Currently wild gorillas can be found in just 10 African countries. Mountain gorillas live in the volcanic green hills of Rwanda, Uganda and the Democratic Republic of Congo. The lowland species lives in the forests of central and western Africa of Equatorial Guinea, Angola, Cameroon, Central African Republic, Congo, Gabon and the Democratic Republic of Congo.

Gorillas spend more than half their day for food. Lowland gorillas, as they live in regions where grass density is lower and fruit is more abundant, basically feed on it. Mountain gorillas consume almost exclusively herbs, leaves, stalks and roots.

Gorillas have a robust body with an extremely strong and broad chest and a prominent abdomen, a hairless face, large nostrils, small ears and prominent eyebrows. They also do not have hair on their hands and feet as they do in humans. However, unlike humans, gorillas do not have chest hair. Adults have long, muscular arms that are much larger than their legs. They move supporting the knuckles. Males weigh twice as much as females and can measure up to 1.7 meters and weigh (in nature) between 135 and 220 kg. An adult female in the wild usually measures 1.5 meters and weighs between 70 and 90 kg. They usually live between 30 and 50 years. 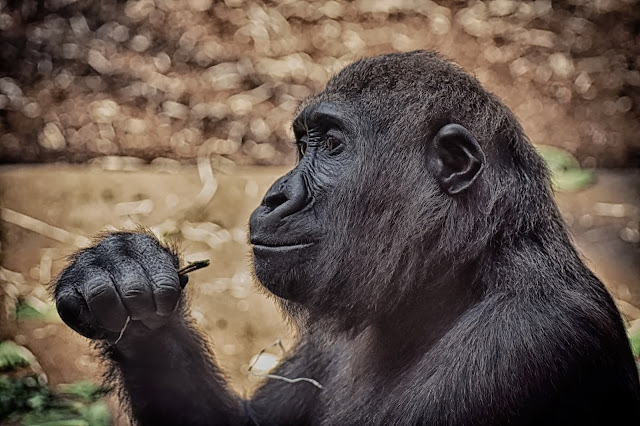 The groups are formed by 5 to 30 individuals, exceptionally they can form groups of 60. A male leads the group and acts as a mediator when conflicts arise, determining the places where the group will go in search of food and taking responsibility for safety and well-being -being of the whole. Acceptance by females in the group is crucial to maintaining male leadership in the long term. If the leader dies from illness, an accident, a fight, or from poaching, the party will disperse in search of a new protective male.

Gorillas are animals active during the day, and mainly on land, but they deftly climb trees to get to fruit or to build their resting spaces. The gray-backed gorillas build their “beds” on the ground. Gorilla chicks usually stay with their mothers for between 3 and 4 years. In case the parents die, the flock takes care of the orphaned offspring. Males begin slowly leaving their initial group when they are approximately 11 years old, traveling alone or with a group formed by other males for a period of 2-5 years, before forming a new group with females and starting to reproduce. Gorillas rarely use tools in the wild, but have been observed using branches to balance themselves as they traverse deep bodies of water, and offspring are seen using rocks to crack nuts.