Lemur: Habits, Diet and Other Facts 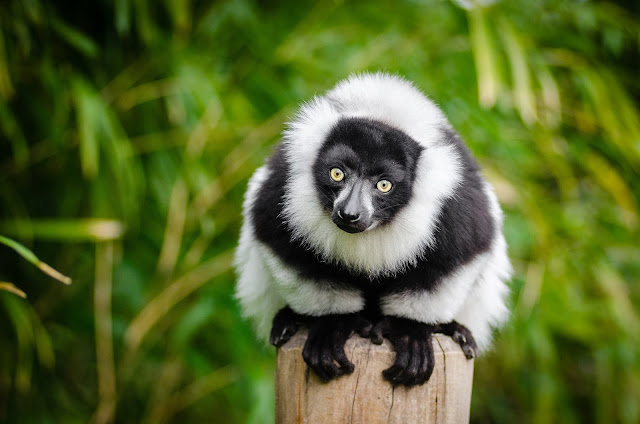 Lemur is the generic name we give to all primate species of the infra order Lemuriforme. They are endemic animals of the island of Madagascar, with arboreal, herbivory and nocturnal habits. They have characteristics similar to those of apes. The food variety changes according to the species, and there are herbivores and omnivores. They eat leaves, fruits, eggs, small vertebrates and insects. Some are quite specialists, like bamboo leaf eaters. They move around jumping in trees, being great jumpers, but they don't have prehensile tails.

The species have a varied coloration, ranging from black and white to brown, gray and red. They have a soft coat, long tails. The variation in size and weight is wide depending on the species. They have animals weighing 30 g and up to 10 kg. Fossil records of extinct species show animals weighing 240 kg. They have nails for claws and an opposable thumb. A mark of this group is the presence of a nail on the second finger, used for hygiene. 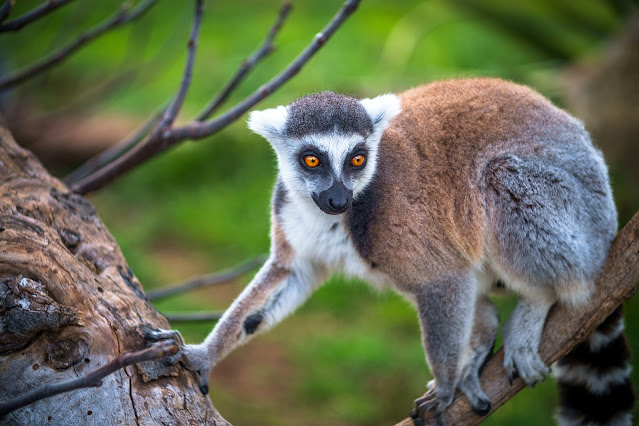 The infra order is divided into two superfamilies:

Cheirogaleidae family: dwarf lemurs and rat lemurs: These are the smallest lemurs, measuring 12 to 27 cm in length, weighing from 30 to 460 g. They are distributed over 21 species, in 5 genera (Allocebus, Cheirogaleus, Microcebus, Mirza and Phaner). They are restricted to the forest areas of Madagascar and are generally omnivores, eating fruits, insects, leaves, small vertebrates, etc. They have greater nocturnal activity. They are social animals that use various types of vocalization to communicate and some species have monogamous behavior. Some groups hibernate and are able to accumulate fat in the tail and hind limbs for the hibernation period. Females are 2 months of gestation and give birth to 2 to 4 offspring.

Lemuridae Family: True Lemurs: These lemurs are found only in Madagascar and the Comoros Islands. It is a group of 19 species placed in 5 genera (Eulemur, Hapalemur, Lemur, Prolemur and Varecia). These small or medium primates are herbivores or omnivores, arboreal and diurnal. They have glands throughout the body, such as in the arm and anus, to release their characteristic scent when marking territory. There are solitary species and others that live in groups of up to two dozen individuals. There are species that can weigh 10 kg, while others weigh only a few grams. They have tritubercular molar teeth and the first incisors contain a space between them.

Family Lepilemuridae: They are medium-sized sporty lemurs, with 7 living species, within a single genus: Lepilemur. Sporting lemurs feed mainly on leaves, also including some flowers, fruits and bark in their diets. They have solitary habits, but their densities can be high. This family has a strict relationship with the Megaladapis, a genus of giants that became extinct. They weighed up to 80 kg and had habits similar to those of koalas. Sporting lemurs are medium in size, weighing from 500 to 900 g. Males have larger territories than females and may overlap. This group of animals is threatened due to hunting and habitat fragmentation. 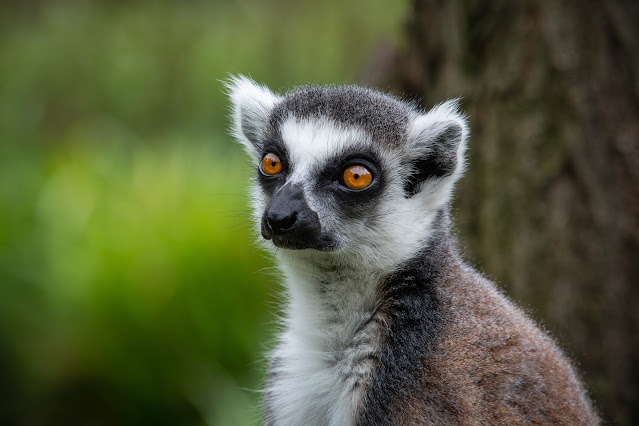 Indriidae Family: Woolly or Fuzzy Lemur: They are distributed in 3 genera (Avahi, Indri and Propthecus) and 12 species. Many species in this family have become extinct, due to hunting and habitat fragmentation. They are found in forests and savanna-like areas, but preferably in more mature forests with large trees. There are species that can weigh up to 10 kg. Females have a single pair of breasts and there is no known sexual dimorphism. During the reproductive period, males become aggressive and compete with females for mating. They choose the dominant males. The gestation period varies between species, ranging from 130 to 150 days. Puppies can breastfeed up to 6 months of age.