Tortoise: Habits, Diet and Other Facts 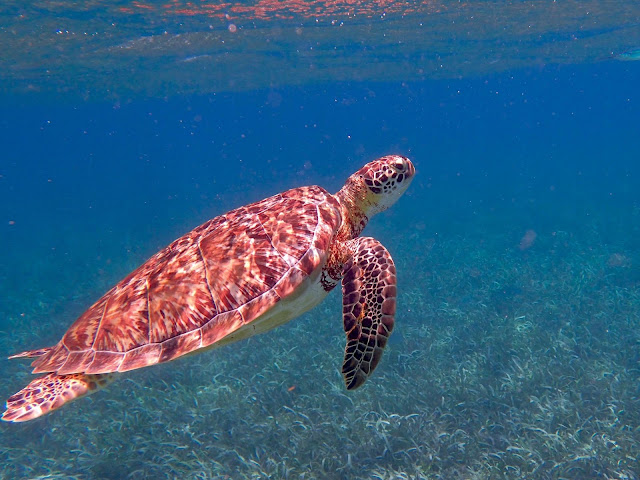 The Testudines, chelonians or tortoises are an order of reptiles belonging to the Testudinata clade.

There are 14 families that add up to around 356 species, occurring in tropical and temperate regions of the globe, some of which are threatened with extinction. The popular terms tortoise (freshwater), tortoise (land) and turtles (marine) do not reflect taxonomic classification. The order of Testudines is phylogenetically divided into two major groups: Cryptodira (anteroposterior neck retraction) and Pleurodira (lateral neck retraction). The phylogenetic position among the Amniota remains an enigma, being considered by some authors to be close to lepidosaurs (evidenced by morphological data) or archosaurs (evidenced by molecular data). 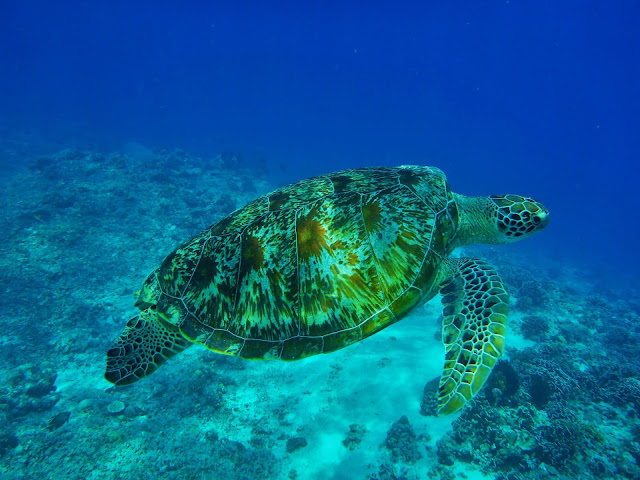 Turtle skulls do not have temporal fenestrae, that is, they have an anapsid condition. Goodrich (1930), Boulenger (1918) and Broom (1924) emphasized that the arrangement of bones in the temporal region of turtles does not resemble that of true Anapsida. Furthermore, studies of the ontogeny of the adductor musculature of the mandible reveal similarities between turtles and Diapsid. Thus, today it is known that Testudines are Diapsida with secondary loss of temporal fenestrae.

Throughout evolution, there has been a tendency towards the loss of some dermal bones in the skull of turtles: lacrimal, epipterygoid and ectopterygoid are lost in many groups; the nasal occurs only in the family Chelidae. In the circum-orbital series, one element disappears: according to some authors, the post-frontal, according to others, the post-orbital.

All current Testudines have an expanded optical capsule that reduces the space within the adductor chamber, decreasing the volume of the adductor musculature of the mandible. This, added to the anapsid condition, would generate a problem of low bite force. Thus, during evolution there was an independent origin of different solutions to increase adduction force: in Pleurodira, the adductor muscle of the mandible passes over a pulley-shaped projection of the pterygoid (pterygoid trochlear process), while in Cryptodira the trochlear process is formed by the optical capsule itself.

Carapace (left) and plastron (right) of Testudines, above schematic with keratinized epidermal plates and below schematic with dermal bone plates. Source: Pough (2008)

Neck retraction occurs laterally in Pleurodira and anteroposteriorly in Cryptodira. In some species of Chelidae (Pleurodira), the neck may be longer than the hull. In some species of Trionychia and Kinosternidea (Cryptodira), there is the ability to stretch the head over the carapace for defense or hunting. In the case of current sea turtles, there was a loss of the ability to retract the neck.

The shell of turtles is formed by the carapace (dorsal) and plastron (ventral). Both have keratinized epidermal plates above dermal bone plates (no overlap in position and number). The carapace is composed of neural plates fused to the vertebrae, costal plates fused to flattened ribs, and peripheral plates. The plastron is composed of pairs of epidermal plates (such as gular, humeral, pectoral, abdominal, femoral, and anal); located underlyingly there may be the following dermal bone plates: paired epiplastrons derived from clavicles; endoplastron derived from the interclavicle; pairs of hyoplastron, hypoplastron and xifiplastron. The girdles are internal to the rib cage.

Flexible areas (hinges) may be present on the hooves of many Testudines, such as Kinosternon. Leatherback turtles (Dermochelys coriacea) have a carapace formed by cartilage with thousands of small polygonal bones.

If turtles evolved from a common marine ancestor, the presence of heavy abdominal ribs (gastralia) may have contributed to buoyancy control, resulting in the emergence of the plastron before the carapace (evidenced by the Odontochelys fossil). The carapace may have evolved as a defensive structure, but there are also recent hypotheses that turtle ancestors were fossorial, in which shell ossification may have been a way of dealing with soil pressure when digging. However, it should be remembered that other fossorial vertebrates show a reduction in ossification, forming a relatively soft body, which does not support the hypothesis.

Chelonians have a toothless keratinized horny beak. Salivary glands are well-developed lobuloalveolar structures. In the case of fruit-eating turtles, there is an increase in amylase-secreting salivary glands. In the stomach, the presence of food stimulates acid secretion (but the visual and chemical stimulus itself can induce the secretion of gastric juice). In warmer months, proteolytic activity is faster. In Galápagos tortoises (Geochelone nigra), 1 cm diameter gravels are found in the feces, but the exact role of these gastroliths in mechanical digestion is still uncertain. The intestinal tract of herbivorous turtles is larger than that of carnivores to expand the surface area of ​​mutualism with bacteria.

The turtle pancreas also has exocrine and endocrine function, but, as in other reptiles, the exocrine pancreas consists of more branched tubules than the acini and lobules of mammals. The liver, on the other hand, is less organized in lobules than in mammals.

Primitive amniotes used the movement of the rib cage to generate negative pressure, causing ventilation, this mode of breathing being retained as the primary ventilation mechanism of lepidosaurs and living birds. In Testudines this is not possible due to the fusion of the ribs to the rigid shell, instead it is used by the cranial (pectoral and serratus) and caudal (transversus abdominis and oblique abdominis) muscles which, through contractions, move the visceral mass, exerting length or expanding the lungs that are connected to the hoof in the dorsal and lateral region, already in the ventral region they are connected to a sheet of connective tissue attached to the viscera.
For air inspiration to occur, the abdominal oblique muscles, which connects the plastron to the caudal limiting membrane (a dome-shaped connective tissue located in the posterior region), and the serratus, which starts from the carapace and inserts into the pectoral girdle, are contracted. When contracting the abdominal oblique, the limiting membrane is pulled ventrally and contracting the serratus makes it move the pectoral girdle to the anterior region, increasing the volume of the visceral cavity, allowing lung expansion. For air expiration, the transversus abdominis muscle, which is inserted into the carapace and connected to the caudal limiting membrane, and the pectoral muscle, which connects the pectoral girdle with the plastron, are used. When contracting the transversus abdominis, the caudal limiting membrane moves to the dorsal direction, and by contracting the pectoral muscles, the shoulder girdle moves into the hoof, decreasing the volume of the visceral cavity, exerting pressure on the lungs, causing expiration.
In aquatic turtles, both marine and freshwater, there are different mechanisms for carrying out respiration, such as the use of the water's own hydrostatic pressure to transport air from the inside to the outside of the lungs. In addition, in some groups gas diffusion, O2 absorption and CO2 release occur in the pharyngeal or cloaca epithelium. These epithelia are highly irrigated, and may even have projections that increase the contact surface, where there is a continuous flow of water, and gas exchange occurs.

The circulatory system in vertebrates is composed of a muscular pump (heart) that provides pressure to the system, causing the fluid to travel through a system of vessels continuously, nourishing and oxygenating the different types of tissues and organs. The system can be divided into two circuits, the systemic, where the blood pumped by the heart transports oxygenated blood to the body (head, trunk and appendages), and the pulmonary circuit, where the pumping of deoxygenated blood to the lungs occurs, oxygenating -O.
The heart of Testudines has the right and left atria completely separate, and a single large ventricle divided into three interconnected subcompartments, a muscular crest, which is partially fused to the wall of the ventricle, divides it into the cavum pulmonale, which communicates with the pulmonary artery. , and cavum venosum, which communicates with the left and right aortic arches, the third subcompartment, cavum arteriosum, is situated dorsal to the others and is connected to the cavum venosum through an intraventricular canal.
The flow of deoxygenated blood occurs through the venous sinus to the right atrium, which empties into the cavum venosum, whereas the oxygenated blood empties into the cavum arteriosum. Both atria are separated from the ventricle by valves in the form of flaps that confine the blood in the subcompartments, contractions of the atrium allow the opening of the valves and the contraction of the ventricle allows them to close, this arrangement allows that mixing between the oxygenated bloods does not occur. and deoxygenated, even without a permanent morphological division.

Turtles have two kidneys connected to an extensible vesicle located near the cloaca to carry out the excretion of nitrogen compounds, this compound being urea for several species. However, the type of excretion depends on the way of life, turtles that inhabit desert regions, with low water availability, excrete uric acid and urates, spending more energy to conserve more water in the body. Sea turtles, on the other hand, excrete ammonia (a way in which there is less energy expenditure, but a greater loss of water), in addition to performing osmoregulation through the secretion of salt glands.

The turtle brain is arranged in the midline of the skull, formed like a tube during development and undergoes further specialization of regions, twists and expansions that characterize the adult form. It can be divided into telencephalon, diencephalon, midbrain, metencephalon and myelencephalon. Two layers of meninges cover the brain.
Sensory organs are the environment's sensing systems from behavioral foraging factors such as predation and detection of safe food. Turtles have well-developed vision, being able to respond to the wide range of the light spectrum, in addition to the presence of small oil droplets in the cone cells, which have the property of reducing the overlap in the sensitivity of the wavelengths of light between adjacent cones, which can be an indication of color discrimination. Color perception is of great importance for food selection, where a color can be very attractive to a species. This can be observed through behavioral studies, as chelonians of the species Chelonoidis denticulata and Chelonoidis carbonaria, common in South America, have a preference for foods that are red and yellow to green and blue.
Smell is another important sense for obtaining different information from the environment, helping in the search and selection of food, observing the presence of a partner or enemy, in addition to the recognition of its territory. Turtles have two different types of chemoreceptive system, the olfactory system and the vomeronasal system. The odor particles are captured by the nostrils, which pass through the pharyngeal duct, until they reach the olfactory epithelium. The vomeronasal organ is located at the base of the nasal cavity,[20] this organ is closely linked to the chemical perception used for communication. Smell is of great importance in aquatic species, especially in regions of high turbidity, where chemical signals are spatial guides for these species.

number of eggs placed in the artificial hole, from 30 eggs placed in the hole the hatching percentage decreases.
Bonach (2003) found the same problems of reducing the success rate in transferred turtle nests, suggesting that the transfer was only done in eggs with more than 28 days of incubation.
Thus, the process of transferring eggs to new nests, being these, divided and two holes, proved to be adequate, as the survival rates were similar compared to unmanaged nests and superior to those transferred with one hole.
There was no significant difference between the three types of pit management in incubation time, with an average of 59 days of incubation and in hatchling size (carapace length, height and weight).

Sea turtles live in all five oceans except polar regions such as Canada, the Nordic countries, southern Chile and Argentina, as well as all of Antarctica. Land tortoises are located on all continents, with the exception of Antarctica, and are very common in tropical forests. They are found throughout Africa, regions of Asia, Europe and Oceania, in addition to most of the Americas, with less distribution in icy territories, such as Canada, Greenland and the Andes region. 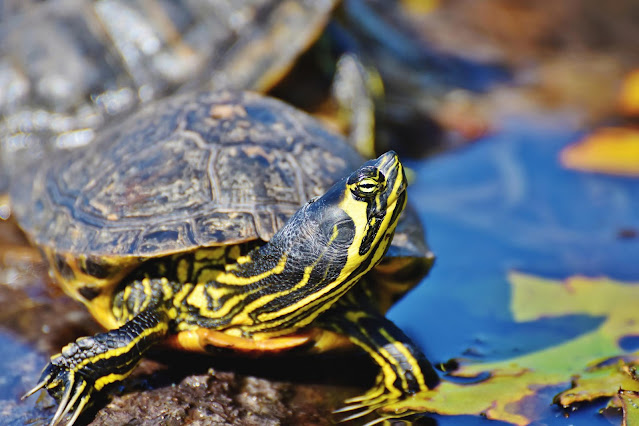